Home - Eking out a living through extortion

Eking out a living through extortion

Sa Piseth, a 52-year-old journalist of eight years, sits at a table with a group of colleagues, sipping a black coffee as he claims he is not like the others.

“I don’t take money from illegal loggers,” he says. “I have been arrested many times because I dare to publish the truth.”

A wiry man with grey hair, Mr Piseth has been detained by authorities at least six times over the past eight years while working as a freelance journalist.

Looking at his colleagues, who are busy speaking on their phones to illegal loggers and arranging times and places to accept bribes, Mr Piseth says their schemes undermine the truth.

“When they get the money, information gets lost; it gets buried,” he says. “They take the money and do not publish what they know.” 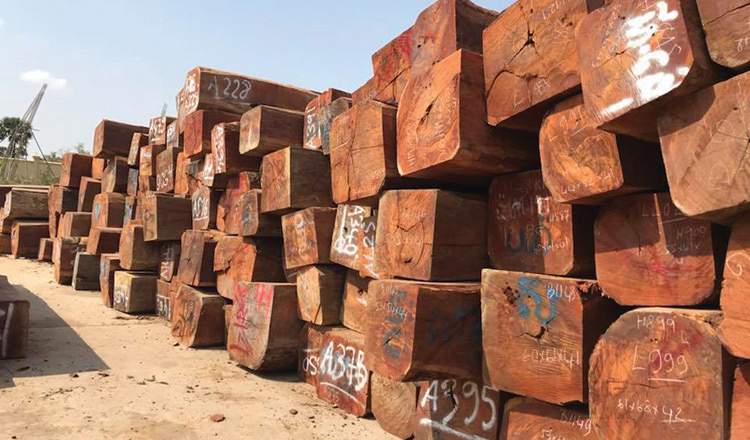 An open secret, journalists working in provinces known for illegal logging have long been extorting those plundering the forests in order to buttress their meagre incomes from newspapers that often only exist in name and sometimes do not pay them at all.

Mr Piseth, who often borrows money from his colleagues, says when he first began working as a journalist, he once took money from sources who were suffering from a land dispute in order to get their story published, but has never done so since then.

“Sometimes to avoid problems in the jungle, my colleagues have no choice but to accept bribes,” he says. “They have to accept money from loggers, who also pay off environment officials.”

“If they don’t, they face arrest like me, and even death threats,” he adds. “I once even had environment officials threaten to burn down my house,” he alleged.

Mr Piseth says he mostly focuses on illegal logging cases and sometimes has to use money from his own pocket to pay different media outlets to publish his stories.

As he continues his crusade, he has in the meantime moved his family to Phnom Penh for safety reasons.

“For me, I don’t care about my own security, I always think that as a human being I will die one day, so I don’t care,” he says. “But I have to protect my family.”

In 2014, Taing Try, a local reporter in Snuol district, was investigating illegal logging when he was shot in the head by a soldier. In a separate incident that year, Suon Chan was beaten to death while reporting on illegal fishing in Kampong Chhnang province.

In 2012, Hang Serei Odom was discovered in the trunk of his car with axe wounds to the head after researching illegal logging in Ratanakkiri province.

As Mr Piseth explains that some journalists extort money while others have prearranged agreements with businessmen, a couple enters the coffee shop and approaches the table full of reporters.

The husband and wife, who decline to give their names, say that they run a timber business and plead with the journalists to have patience with them because they are struggling to ship their logs to Vietnam.

“Now, I don’t have money to pay all of you, but I will pay you when I get payment from Vietnam,” the husband says.

The husband says that for one truck, he pays the journalists from $1,000 to $1,400 so they can share it with their group. “We understand each other,” the husband says. “This way, we don’t have a problem; we help them, and they help us.”

Taking a phone call from a journalist in Ratanakkiri province, the husband tells the reporter, who has connections with environment and border officials, that he needs his help getting a shipment into Vietnam.

“Please help me,” he says. “I will bring one truck across the border to Vietnam soon and will let you know in advance.”

The value of logs and sawn wood exported from Cambodia to Vietnam in 2017 increased by about $31.5 million compared to 2016, customs data has shown.

The Vietnamese data, obtained by Khmer Times in February, showed that about 163,071 cubic metres of Cambodian logs were imported to the country last year, worth about $39.5 million.

After the couple leaves the coffee shop, journalist Te Sokha, who works for Smaradey Prampi Makara, says he never extorts money from loggers as some other reporters do, but accepts money from them when it is offered.

“I am not as unprofessional as some journalists who see a truck of timber and try to block it to ask for money,” he says. “For me, I take the money when they give it to me; I do not extort it.”

Mr Sokha’s phone rings, and he tells the caller that he will meet him later to collect his bribe before turning his attention back to ethics.

He considers himself an ethical journalist because he does not extort money, he says, noting that many local journalists are illiterate and just have press cards to use during extortion schemes.

“A lot of us in the provinces don’t get a salary from our media outlets,” he says. “So, we depend on the money that businessmen give us.”

“We don’t earn too much, just enough to support our daily living,” he adds. “The person that gives us the money does so because they are doing something illegal, especially illegal logging which they don’t want us to report about.”

“But a lot of journalists run into problems because businessmen set them up, asking them to meet to collect a bribe and then ambushing them with police and accusing them of extortion,” he notes.

Information Minister Khieu Kanharith said in December that he had decided to cancel more than 300 newspapers because they were not publishing regularly.

According to a report from the ministry, there are more than 500 newspapers and magazines registered, and more than 200 radio stations and 23 TV stations.

Ouk Kemseng, spokesman for the ministry, says the ministry is aware of the extortion schemes and has been working to instil a better code of ethics upon journalists.

“We will not allow them to continue working unprofessionally like this,” he says, noting many easily gain access to press cards because freedom of the press remains intact within Cambodia. 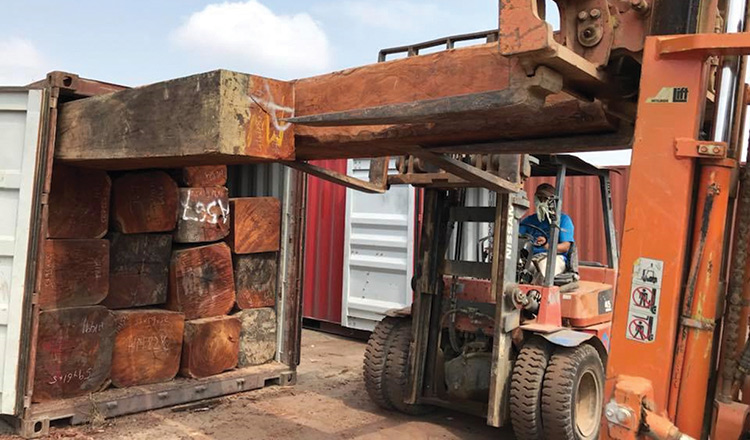 However, Reporters Without Borders (RSF) in February said in a report that the Cambodian government had left the free press “in ruins”.

“In a simplistic, either-with-us-or-against-us strategy, the regime is now in the process of banning, obstructing, or intimidating all independent media outlets that might refuse to toe the official line,” Daniel Bastard, head of RSF’s Asia-Pacific desk, said in the report.

The Cambodia Daily closed themselves down in September, 2017 after failing to pay back taxes of $6.3 million.

Only days later, Radio Free Asia’s Phnom Penh bureau also shut down due to similar pressure over a tax bill.

And at least five former journalists, including a filmmaker, have been charged by Cambodian prosecutors in three separate cases within the past eight months.

The 2018 World Press Freedom Index compiled by RSF and issued on Wednesday ranks Cambodia 142nd among 180 countries for press freedom, noting that the country “seems dangerously inclined to take the same path as China after closing dozens of independent media outlets and plunging ten places, one of the biggest falls in the region”.

With independent media outlets being shuttered, those left are often government-aligned or fronts for journalists running extortion schemes.

“A country with a rule of law requires journalists to continue developing their knowledge and stay true to a professional code of ethics while working, in order to speak the truth so that their information becomes reality,” Mr Hun Sen said.

Ouch Leng, a prominent environmental activist who recently won the Goldman Environmental Prize, said collusion between loggers, reporters and officials is what makes it so difficult to stamp out illegal logging.

“This is their strategy,” he says. “The tycoons use their wealth to facilitate their illegal activities and shut up reporters to stop the publishing of incriminating stories on the timber trade across the border to Vietnam.”

Mr Leng says the businessmen behind the trade have no fear of authorities because they are already in their pockets.

“They are not scared of authorities,” he says. “They are only scared of environmental NGOs making reports, or local communities protesting. But they can use their wealth to drag all critics under their umbrella and the system keeps moving along.”

Sun Narin, a correspondent for Voice of America, says journalists involved in timber rackets are damaging the reputation of media in the country.

“I know that some of them don’t really work as journalists, but present themselves as a journalist in order to get bribes,” he says. “As a professional journalist, we must not be involved with bribes. A journalist’s role is not to threaten people with a story in exchange for money; it’s to write a story that can have a positive impact on society.”

Mr Narin says the Information Ministry should vet reports applying for press cards more thoroughly to ensure they are indeed working for a legitimate publication, and also offer training courses to them on ethics.

Back in the coffee shop, Mr Piseth asks a colleague for some money to top up his coffee, conveniently forgetting that the cash originated as a bribe paid to his friend.

“I hope that in the future all journalists will understand about the professional code of ethics and will stop accepting bribes from businessmen,” he says.