An education department official yesterday said that some schools in Banteay Meanchey province have been affected by floods, causing students in two districts to miss classes.

Chhou Bunroeung, director of the Banteay Meanchey education department, said that heavy rainfall affected the schooling of some children in the province.

“I don’t have the exact number of how many schools are actually affected by floods,” he said. “But it’s not serious. The water surrounding the schools and some roads under construction have made it hard for students to attend school.”

“If the rain continues, more students will be absent,” he said. “The schools are in Malai and Thmar Puok districts, they’re the most affected.”

Regardless of the floods, Mr Bunroeung said about 60 percent of students in Malai and Thmar Puok districts still came to class.

Mr Bunroeung said that schools will make up for lost classes to allow students to catch-up on their lessons.

“We will wait and see if the heavy rain will stop on May 11, as the Water Resources Ministry predicted,” he said. “If things get worse, I will issue an announcement to inform schools affected by floods to suspend their classes.”

There are over 800 schools in Banteay Meanchey province, said Mr Bunroeung, noting that some schools also faced closure last year.

“Last year, we faced flooding too,” he said. “It’s strange that the flooding started earlier this year.” 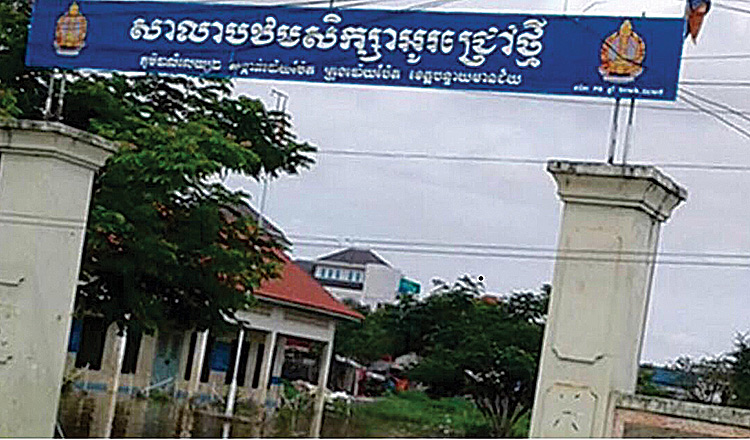 The Water Resources Ministry on Wednesday announced that the rainy season will begin this Saturday, bringing rain to most of the country and floods in some areas.

“Possible floods will occur May 2 to May 11,” the statement read. “Please be aware of big lightning storms that could destroy crops, houses and injure people.”

The statement said that the country will face more floods than last year and heavy floods could hit Cambodia in the upcoming months.

Last year, more than 300 families in Banteay Meanchey province’s Malai district were evacuated after their houses were inundated by floods. Banteay Meanchey deputy police chief Sith Los said the families were given help to move to safety.