Kandal Provincial Court yesterday charged a Cambodian and four Vietnamese nationals for trafficking nearly half a kilo of crystal methamphetamine in the province.

Em San, a police officer in Koh Thom district, identified the accused as Cambodian Chea Vibol, 30, and Nguven Yangsang, 27, Daing Chanthy, 20, Buoy Thichin, 27, and Ty Kimtry, 27. They were all staff at a Casino on the Cambodian-Vietnamese border in the district, he said. 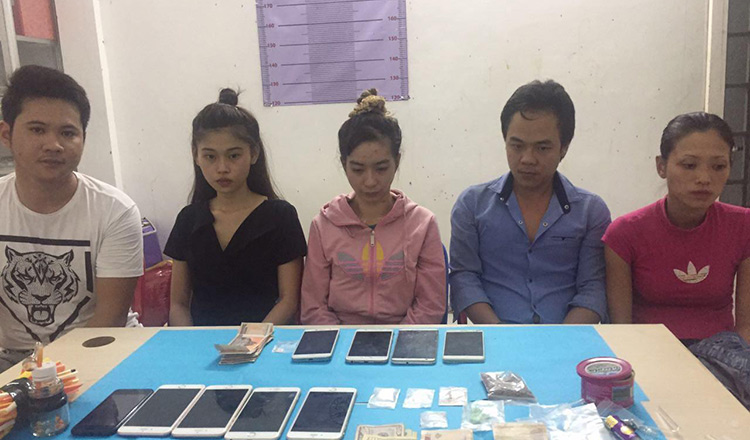 He said they were charged with drug trafficking and face between five to ten years in jail if convicted.

“They were drug distributors who brought drugs for sale to drugs users in casinos along the Cambodian-Vietnamese border,” he said. “They were arrested after purchasing drugs from our undercover police in the Koh Thom district.”

He said they were arrested on Wednesday afternoon at about 3.30pm and have since been jailed pending their trial.