Up and Swirl: Icarian Gamers add spectacle to NABA Theatre

Hailing from the Horn of Africa, brothers Kirubel Mengiste and Natnael Menwoyelet are now in Cambodia to stage their superb acrobatic act starting tomorrow at the NABA Theatre at Naga2. Agnes Alpuerto gives a preview of what to expect from this dynamic duo named The Icarian Gamers.

Clad in blue, yellow and maroon outfits, Kirubel and Natnael get ready for their stunts. The Ethiopian pair pretend to be fighting over a special chair and a pink book. Kirubel, 27, then takes the chair and lies on it before 15-year-old Natnael, without warning, jumps into the elder’s raised soles and bounces up and down, front and back, and spinning around.

The brothers, both slender and curly-haired, effortlessly show off their talent in the dizzying discipline, which has become their ticket to winning Superkids talent show in Germany in 2016 and earning the most coveted Golden Buzzer in their Spain’s Got Talent audition just a few months ago.

The Icarian Gamers come from the Ethiopian capital of Addis Ababa – a place that boasts the most original circus scenes. Kirubel and Natnael started doing circus stunts together three years ago and have toured together in different countries to spread the epic excitement and joy.

Their sensational audition video on Spain’s Got Talent has already garnered more than 1.6 million views on YouTube, while another on Facebook has been viewed over 22 million times, making them quite a household name for circus fans and enthusiasts around the world.

But for Phnom Penh residents, there’s no need to browse on the internet to see the brothers’ epic performance as NagaWorld has bridged the distance between Africa and Southeast Asia to bring Kirubel and Natnael to the Kingdom of Wonder.

They are the newest additions to the latest NABA Entertainment Spectacular free show at NABA Theatre, along with several other performers from different continents.

Kirubel said they usually get ideas for their stunts from circus friends and from YouTube videos, but the concept of the act they will be performing at NABA is originally theirs.

“The idea to stage a fight over the chair to read a book is our own. We will be doing a five-minute performance for the Cambodians. We can also do juggling – balls, clubs, fire, diabolos,” explains Kirubel, adding that he has learned the circus discipline after working at the circus in his homeland for over a decade.

Natnael, meanwhile, just discovered his knack for jaw-dropping stunts when he was 12.

“When we started working together, there were many people doing the same style of act – the Icarian Games. It is very popular in Ethiopian circuses,” says Kirubel.

The younger Icarian Gamer added that they need to spend much time and energy practicing for every act, as their safety is always on the line.

“My double flips are probably the hardest for me to do. I used to get dizzy, but not so much anymore,” says Natnael, striking a playful but shy laugh as he talks with the Cambodian media.

“But with God, we didn’t have injuries so far. We train on soft materials first, such as foam mats before we go on stage,” says Kirubel.

Aside from Superkids and Spain’s Got Talent, the Ethiopians have also appeared on Steve Harvey’s Little Big Shots and America’s Got Talent in the US, and have visited Turkey for a guest performance.

“Every performer is a little bit scared before they go on stage. But when you are a professional, you forget all the nerves when you perform. It is more difficult to perform for one person than a hundred or a thousand audience. We have appeared at many large theatres around the world,” said Kirubel. 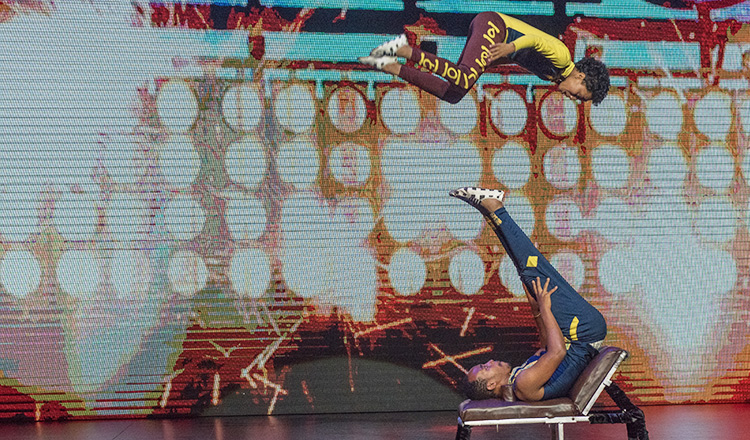 With their undeniable talent and charm, Kirubel and Natnael are ready to give their Asian audience a look at what real circus is. And they are bound to leave their audience wanting for more.

“It is very exciting for us because it’s our first time to come to Asia. We are so happy to come and see how people live on the other side of the world, and to join the entertainment team of NagaWorld. We don’t know anything about Cambodia before we came. But now that we’re here, it feels like we’re in Ethiopia!” exclaimed Kirubel, with Natnael noting the very hot weather.

The brothers will debut their exciting act at tomorrow’s opening night of the new show at NABA Theatre at Naga2, with a red carpet event from 7pm. Performers from the Ukraine, Colombia, the Philippines and other nations will also give the audience a show that’s worth remembering.

The state-of-the-art, 2,000-seater NABA Theatre, Cambodia’s first 3D video mapping theatre, hosts the awe-inspiring and family-friendly shows for free from Wednesday to Sunday throughout May. 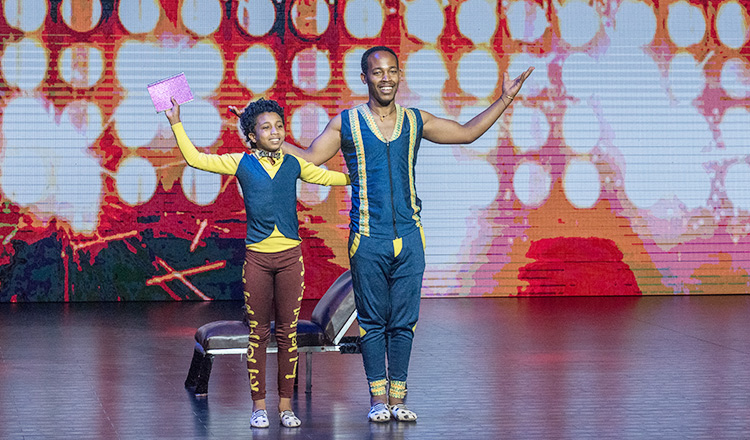 A boost at every street corner

Through a fog of data, air of Indian cities looks dirtiest