Home - Save the ELEPHANTS!

The Airavata Elephant Foundation – named after the tri-headed elephant mount of God Indra in Hindu mythology – held its fundraising event at the French Embassy in Phnom Penh last Friday.

Chenda Clais, founder of Airavata Elephant Foundation and owner of Terres Rouges Lodge in Ratanakiri province, said the fund-raising event was important to support elephants in her sanctuary.

“Right now we have four elephants in our sanctuary – three are from the community forest and one is from Mondulkiri,” said Ms Chenda.

“The elephant from Mondulkiri is Bak Mai. The other sanctuaries didn’t want him and he was condemned to death by starving for having killed a man. Yet, since day one when he arrived in our care, Bak Mai integrated very well with the other elephants and his mahouts love him!” she told Good Times2.

According to the Environment Ministry website, Cambodia is considered a stronghold of surviving elephants in Indochina.

The Environment Ministry said Cambodia has provided shelter to nearly 600 elephants in the past, while neighbouring countries only contributed minimally.

It said that the largest Asian elephant sanctuary is located in Cambodia’s eastern highlands, covering all five protected areas including Phnom Prich Wildlife Sanctuary and the Cardamom Mountains.

Ms Chenda considers herself lucky to be working with elephants.

“As foraging places disappear fast due to deforestation, sanctuaries seem to be the only hope for saving these majestic animals,” she said.

“We need to do fundraising because right now it’s only me who is supporting the foundation. Some of the proceeds of my Hotel Terrouge go to elephants and in general promote the marketing of ecotourism.

“It’s also important we give back to the community because this is a cultural project. This is why the foundation feels this gala event is so important.”

The gala event culminated with an auction of art works by Em Riem, Nou Sary, Chhim Sothy, and J Montessuis. 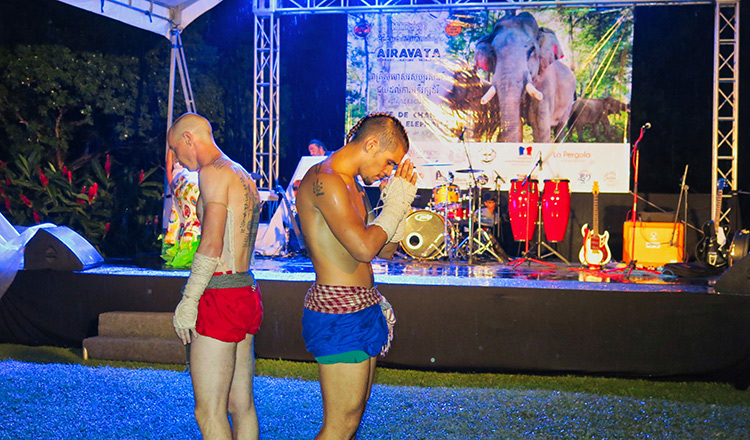 Self-treatment can be a costly mistake