On International Labour Day yesterday, the Cambodian Labour Confederation demanded the government and relevant ministries increase the minimum wage to garment workers to more than $200 per month.

Ath Thorn, president of the CLC, said yesterday that about 2,000 people attended an event to celebrate Labour Day at the park in front of the Council for the Development of Cambodia near Wat Phnom.

He demanded the government to increase the minimum wage for workers in the garment industry and other sectors as well to at least $207 per month. 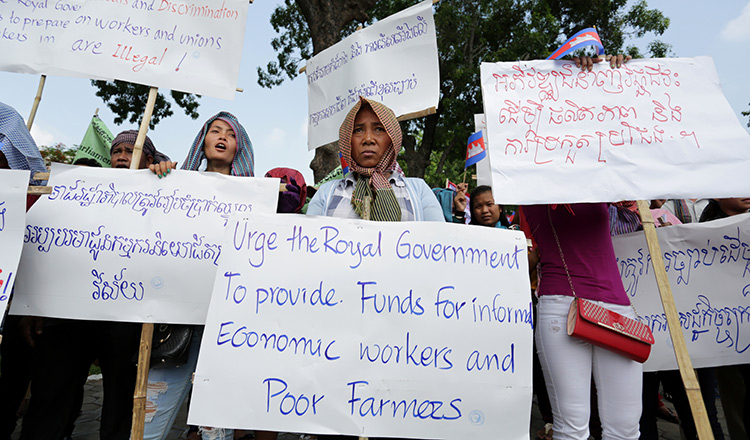 “Today, we see that a worker spends on average between $220 and $250 per month, but the minimum wage is only $170 per month which is not enough to support their living,” he said.

“That’s why we demand the government to increase the minimum wage to at least $207 per month. Including other benefits, the workers will be able to earn about $250 per month which is enough for them to support their living.” 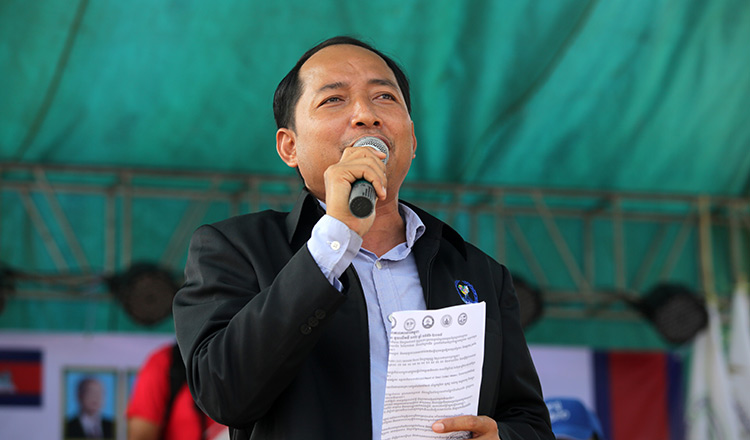 “We have demanded increases from 2000 until now and we often request and hold big events to demand a wage increase,” he said. “I see that even though the government does not respond immediately after we send petitions to them, they will solve it later.”

Mr Thorn added that he welcomed this year’s minimum wage increase, but he wants the government to raise the minimum wage for the garment sector and other sectors as well.

However, he said the current labour situation was much better than previous years.

The celebration yesterday went peacefully without any problems even though a worker fainted briefly due to the hot weather.

“Actually, we wanted to march to celebrate Labour Day in front of the National Assembly, but the authorities refused. So, we decided to do it here because we don’t want to see any problems happen, but we’re not satisfied,” Mr Thorn said. 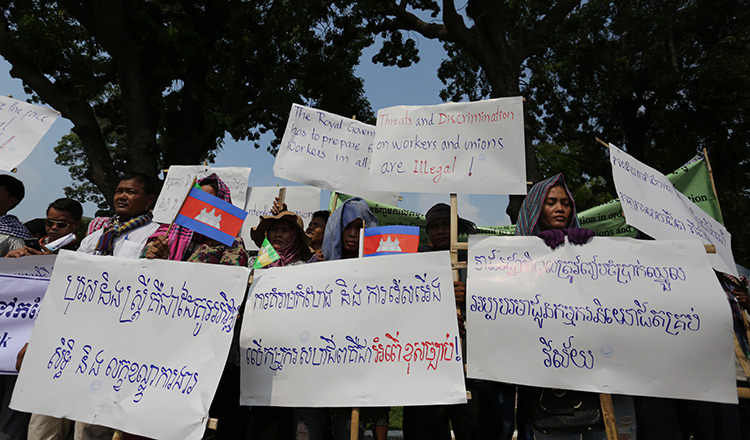 He added that authorities should not have banned the group from marching if it was found the march wasn’t a threat to public order.

The CLC selected 19 points to request to Prime Minister Hun Sen and the National Assembly for solution, including a wage raise, labour rights and implementation of the Trade Union Law.

As the event came to an end, representatives of the National Assembly and the government arrived at the park and received the petitions from Mr Thorn.

Lor Kheng, a lawmaker from the ruling Cambodian People’s Party, came to receive the petitions from Mr Thorn.

After receiving the petitions, Ms Kheng said she was happy to accept them from the workers.

“The government often tries and pays attention to the workers by providing a lot of benefits to them such as increasing the minimum wage, providing free health treatment and other benefits,” she said.

Ms Kheng said that she would take the petitions to discuss and file them with Mr Hun Sen and National Assembly President Heng Samrin. 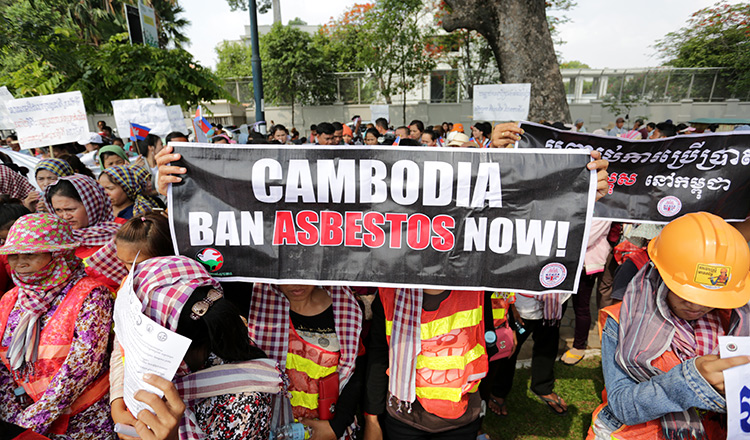 Meanwhile, another group of unions from the Solidarity House were blocked yesterday morning along the road to the National Assembly where they attempted to march to file petitions.

Tuy Sythieng, secretary-general of the Cambodian Food and Service Workers’ Federation, said that union leaders were eventually allowed to submit their petitions.

“This morning, police officials blocked the street around the National Assembly, but after talking to each other for a while, they allowed some union leaders to submit petitions,” he said, adding there was no violence during the blockade.

Labour Minister Ith Samheng said on Monday that the minimum wage for the garment and footwear industry for 2018 was $170 per month – up from $153 last year – and if including other benefits, workers could earn from $187 to $198 per month.

“The government is also preparing a draft law on minimum wages in order to ensure an improvement in the living standard of workers in other sectors,” said Mr Samheng.

More than 30 foreign workers rounded up