Prime Minister Hun Sen yesterday welcomed the beginning of candidate registration for the upcoming national election in July while reiterating that the dissolved CNRP cannot be reinstated.

Speaking during a graduation ceremony in Phnom Penh, Mr Hun Sen reacted to some opposition party officials, presumably former CNRP leader Sam Rainsy, who allegedly suggested the premier would be arrested if the election was not delayed.

“Who dares to arrest Mr Hun Sen, Prime Minister of the sovereign state?” Mr Hun Sen said. “Don’t forget, although I am not a commander-in-chief, I have the rights to order them to fight as the Prime Minister. I have real troops.” 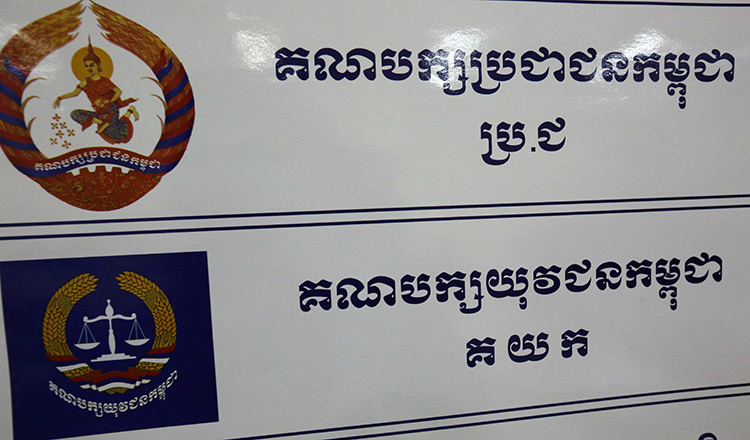 Mr Hun Sen reaffirmed the election on July 29 will move forward as planned, saying that the government was committed to providing security for the electoral process.

“We have to implement what the National Election Committee has set and the government cannot change the election schedule” Mr Hun Sen said.

Mr Rainsy, who lives in exile after a slew of court cases, appealed on Saturday to all Cambodian people to not take part in the election as it would help rubber-stamp the ruling CPP. 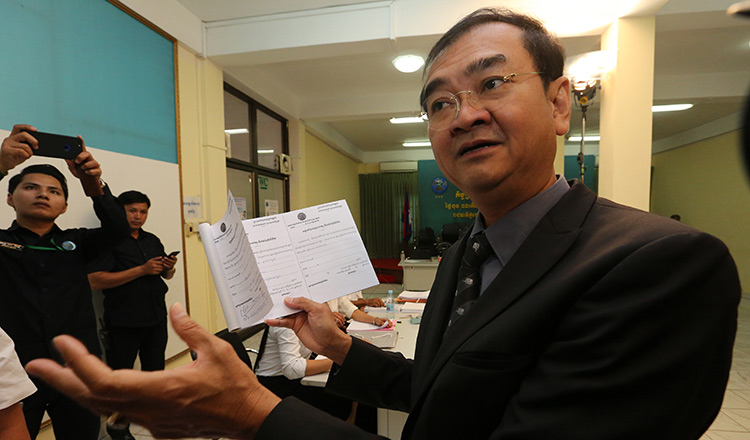 The CNRP was dissolved by the Supreme Court in November after its leader Kem Sokha was jailed on treason charges for allegedly conspiring with the US to topple the government through a colour revolution. Its senior members were also banned from polices for five years.

Sam Kuntheamy, executive director of election watchdog Nicfec, said yesterday that the CNRP had a slim chance to participate in the election because time was running out.

“If a political negotiation ever takes place, they have very little time left to join the election,” Mr Kuntheamy said.

NEC spokesman Hang Puthea said yesterday that two political parties, the CPP and Cambodian Youth Party, registered their candidates to contest the election on the first day of registration. Meanwhile, the Interior Ministry informed Khmer Will Party founder Kong Monika, the youngest son of former top CNRP official Kong Korm, to have his party registered as soon as possible.

“To do activities in compliance with the Law on Political Parties, the Khmer Will Party has to request for registration at the Ministry of Interior,” Interior Minister Sar Kheng said yesterday in a statement.

Mr Monika submitted documents to form the party last week after his father and two brothers were banned from politics for five years following the dissolution of the CNRP.