The National Committee for Disaster Management yesterday said that at least four provinces are currently suffering from flash floods.

Keo Vy, director of the NCDM, said that Preah Vihear, Battambang, Banteay Meanchey and Pailin provinces are suffering from flash floods after being hit by heavy storms.

“Those provinces had heavy rain which caused flooding in some areas. The flood situation is not serious because the water drains off in a short time,” he said. “It does not affect residential homes or destroy crops. It just makes life uncomfortable for people for a while.” 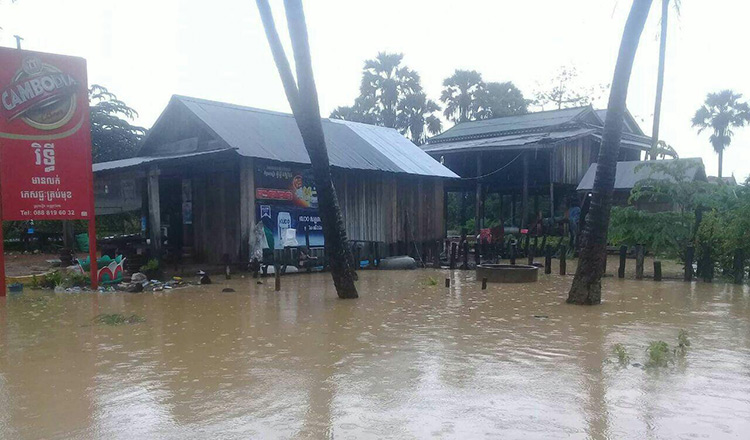 He said the floods affected Road 62, causing hardship for some residents.

“The road was, however, still assessable to traffic as normal even though it inconvenienced people,” he said.

Over the weekend, one person died and three others were injured as dozens of homes were damaged by storms in multiple provinces. 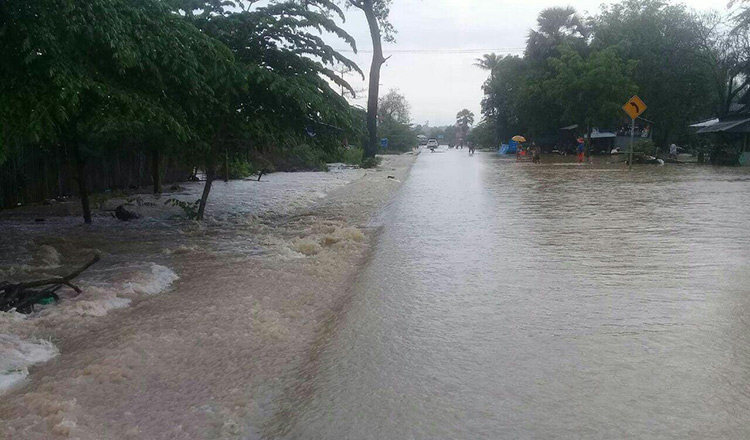 According to a statement from the Water Resource Ministry on Saturday, a large storm hit three communes in Svay Rieng province, leaving one person dead and three others injured.

Last week, the Water Resource Ministry said the country would face more floods than last year over the next two months.

The Ministry said that heavy floods could hit Cambodia in the coming months from possible typhoons in the Pacific Ocean and the South China Sea.