The Interior Ministry’s Counter Counterfeit Committee will send the owner of coffee production facility DAITHNH to Phnom Penh Municipal Court early this week after finding that the facility was operating illegally and using ingredients that affect the health of consumers.

During the raid, police found ingredients such as raw and roasted corn, roasted soybeans, butter, coconut milk, oil and other ingredients weighing more than seven tonnes.

There was also some production equipment such as coffee roasters, three coffee mills, one packing machine, 150 kilograms of packing bags, a tank, and a vehicle for transporting coffee.

Touch Yuthea, the Counter Counterfeit Committee’s deputy secretary, said yesterday that after the raid, the owner of the facility Pov Chantha, 59, and coffee mixer Soeung Srey, 26, were arrested.

He said officers found that the facility used dangerous ingredients to mix the coffee, which is illegal and affects the health of consumers. 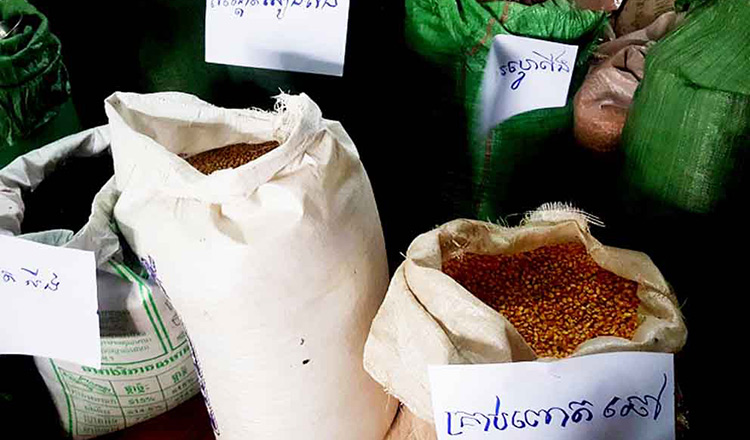 “We have arrested the owner of the facility for questioning and she was scheduled to be sent to the court today, but she is sick so she asked to get treatment at the hospital first. I asked officers to follow her,” he said. “So, when she is better, we will send her to court because we have clear evidence she has been producing coffee mixed with illegal ingredients.”

Mr Yuthea said the committee accused Ms Chantha based on the Law on the Management of Quality and Safety of Products and Services, which prohibits the inclusion or removal of any substance to the original coffee.

Camcontrol representative Kong Vuthy, who took part in the crackdown, said that Camcontrol officials took samples to the laboratory to determine what else was in the coffee.

“The results are not yet in,” he said.

The raid on the coffee production facility took place because police were suspicious that the facility had no sign and only delivered to customers at night.

Meanwhile, authorities went to close a condiment factory in Meanchey district’s Stung Meanchey commune on Friday after it was found the factory had not abided by an ultimatum to move to a new location.

Dy Roth Khemrun, deputy governor of Meanchey district, said that officers and district authorities in the past had inspected and given time for the owner, Seng Ratha, to remove equipment and close the facility by Friday.

Train line to be equipped with safety measures

One prisoner pardoned, 33 others get reduced sentences