Cambodian and Thai Labour Ministry officials met once again in Siem Reap province over the weekend and asserted their commitment to strengthen cooperation by agreeing to accelerate the legal identification process of Cambodian workers in Thailand.

During a two-day meeting, Seng Sakada, director-general of the Labour Ministry’s general department of labour, and Vivathana Thanghong, undersecretary of state with the Thai Labour Ministry, agreed to extend cooperation and cohesiveness, while vowing to fight human trafficking and labour exploitation.

“The two countries agreed to move faster in providing legal documents to Cambodian labourers in Thailand before June 30, 2018,” Labour Minister Ith Samheng said in a Facebook post on Saturday, adding that both ministries will send mobile working groups to help with the identification of Cambodian workers in Sa Kaeo and Trat provinces in Thailand.

Last week, the Thai government decided to open 80 one-stop service centres throughout the country for migrant workers in Thailand to obtain legal documents before the end of June. 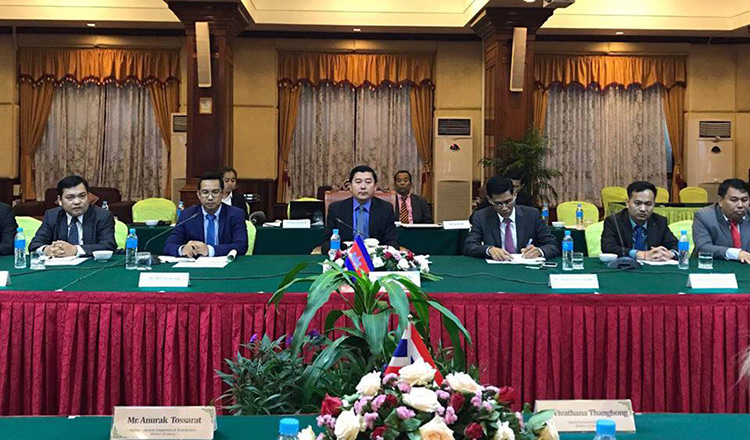 Dy Thehoya, programme officer at labour rights group Central, has estimated in the past that 200,000 workers from Cambodia, Laos and Myanmar have not yet registered for legal documents.

Minister Samheng’s Facebook post on Saturday added that both officials agreed to set up a new system for managing and organising Cambodian workers in Thailand through a Memorandum of Understanding.

The MoU aims to improve the exchange of information related to Cambodian labourers, such as between employers and workers.​

According to an annual report from the Foreign Affairs Ministry, at least 1,000 Cambodian workers were deported each week from Thailand via the Poipet International Border Checkpoint in Banteay Meanchey province last year.