Phnom Penh City Hall has agreed to let the Cambodian Labour Confederation celebrate International Labour Day tomorrow at the park in front of the Council for the Development of Cambodia near Wat Phnom, but prohibited a planned march to the National Assembly.

The decision came after a representative of CLC met with Deputy Governor Mean Chanyada and other officials on Friday.

Mr Chanyada said that City Hall will not allow the group of workers led by CLC president Ath Thorn to march or gather at the National Assembly, but will allow them to gather and celebrate the event at the CDC park. 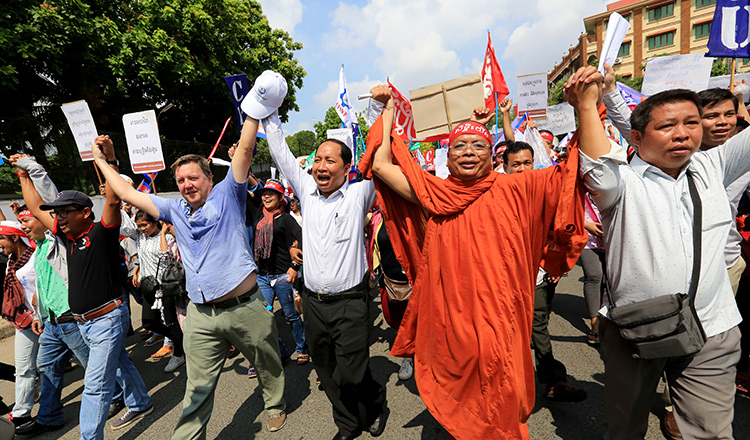 He said City Hall also allowed the CLC to celebrate Labour Day festivities at the new Freedom Park in Russey Keo district, but also without permission to march.

“After discussing, the representative of CLC agreed to follow City Hall by celebrating the 132nd anniversary of International Labour Day from 7am until 12 pm at CDC park without marching,” Mr Chanyada said.

Mr Thorn, who led several CLC officials to meet with City Hall officials on Friday, sent a letter to Phnom Penh Governor Khuong Sreng earlier last week to inform him of his plan to have more than 2,000 participants at the Labour Day event.

This year, the theme chosen by the CLC is “The challenge to workers over the implementation of the Trade Union Law”. 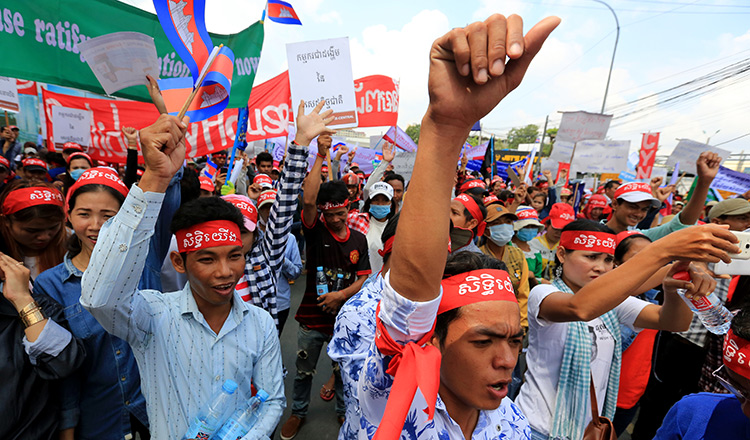 During the meeting, Mr Thorn also asked Mr Chanyada if they could celebrate the event in front of the National Assembly, but the idea was rejected.

Mr Thorn could not be reached for comment yesterday.

Mr Chanyada also informed Mr Thorn and other union associations that partake in the event that they will be held responsible according to the law if they do not respect the agreement. “Do not use the event to fight against the King and government officials and do not incite the people to make violence which is opposite from the purpose of the event,” said Mr Chanyada.

Ex-cop guilty of shooting own car