The son of a former top CNRP official banned from politics has submitted an application to the Ministry of Interior to form a new political party to contest the national election on July 29.

Kong Monika, the youngest son of Kong Korm, former president of the Sam Rainsy Party, submitted an application yesterday to the Interior Ministry to establish the Khmer Will Party.

Mr Monika’s father, Mr Korm, and his two brothers, Kong Saphea and Kong Bora, were banned from politics for five years after the Supreme Court dissolved the CNRP in November after its leader Kem Sokha was jailed on treason charges for allegedly conspiring with the US to topple the government through a colour revolution.

Mr Monika said that he decided to form the party because the dissolved CNRP could not participate in the election.

“We see that the CNRP cannot return in time to join the upcoming election,” Mr Monika said. “Another thing is that I am the son of Kong Korm, former president of the Sam Rainsy Party.”

“I am the youngest son and not banned from politics, so I want to carry on my father’s ideas in order to push for our country to respect democracy and freedom of expression,” he said.

Eng Chhay Eang, former vice president of the CNRP, posted a message on his Facebook page, expressing disappointment over the new party’s formation. 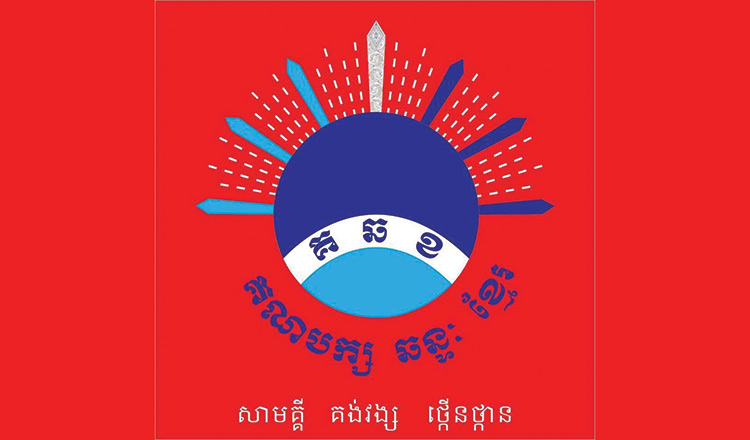 “A politician’s heart cannot be measured. In the past, we did politics to rescue the country together, but when the Cambodia National Rescue Party faced obstacles, they changed their minds to rescue their family or their wealth,” he said, referring to Mr Monika’s new party.

Mr Monika, brushing off criticism, said he had the right to form a new party.

“I do not react to what they have said because we are a new political party that is separate from the CNRP and we have freedom of expression and the right to do politics,” Mr Monika said.

“I support him because his party is different from the CNRP and it is new sign of politics,” he said. “But I am not behind that party because I am banned from politics by the Supreme Court.”

Ou Chanrath, a former CNRP lawmaker, said it was everyone’s right to join politics, but it was an uphill task for a new party to galvanise support.

“I think the new party won’t get any support because he has never joined politics,” Mr Chanrath said. “It just showcases a new image, but it has no support to oppose the current government.”

Sok Eysan, spokesman for the ruling CPP, welcomed a new political party to contest the national election in July.

“It is the political right of every citizen as stated in the law and it means Cambodia’s democracy is flourishing,” he said.