Sam Serey, president of the Khmer National Liberation Front, was arrested by Thai authorities on Wednesday while applying for a visa extension and Cambodian authorities are seeking his extradition in connection with a prevented bomb plot.

Khieu Sopheak, spokesman for the Interior Ministry, said yesterday that Cambodian officials have received information that Mr Serey was detained on Wednesday in Bangkok when he applied for a visa extension.

“Sam Serey was arrested yesterday at about 10am in Thailand,” Gen Sopheak said yesterday. “He was illegally staying in Thailand because his visa had expired.”

“We will ask Thai authorities to send him to Cambodia because we have a court verdict,” Gen Sopheak said, noting it was unclear why Mr Serey, who lives in Denmark, came to Thailand.

Mr Serey was sentenced in absentia to nine years in prison for allegedly trying to topple the government in 2014.

More recently, Mr Serey and his KNLF, branded a terrorist organisation by Prime Minister Hun Sen, were accused of plotting a bomb attack prior to Khmer New Year in Phnom Penh and Siem Reap province.

Mr Hun Sen said on April 10 that Mr Serey ordered his members to cause an explosion at Wat Phnom in the capital on April 12, two days before the Khmer New Year.

Mr Hun Sen said that Mr Serey ordered his members in Cambodia to set off explosives in Phnom Penh and Siem Reap province, noting that the plot was discovered and prevented.

The Council of Minister’s Press and Quick Reaction Unit on Tuesday also released an 18-minute video accusing the KNLF of colluding with former opposition leader Sam Rainsy in a plot to overthrow the government.

Mr Serey was granted asylum in Denmark after living as a refugee in Thailand for a number of years and has established a government-in-exile in Denmark. 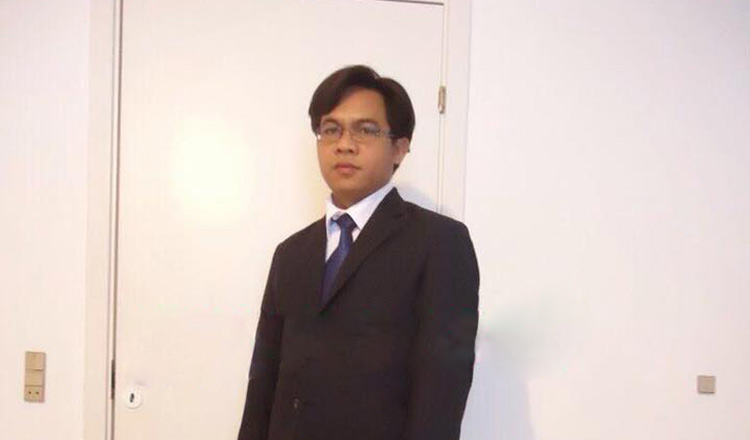 However, Denmak has confirmed that they do not recognize any other government then the Cambodian government in Phnom Penh.

Mr Serey is also a member of the Khmer National Unity Front, also known as the Tiger Liberation Movement or Tiger Head Movement, whose objective is to root out Vietnamese influence from within the Cambodian government.

A total of 18 KNLF members are currently behind bars in Phnom Penh.