Home - Not your ordinary ‘smart kid’

Not your ordinary ‘smart kid’

Excelling in your academics is a solid stepping stone towards success. But it can’t guarantee you flower-strewn pathways to total triumph. Flexibility, resilience and goodwill, along with intelligence, get you on top of the game.

This is what Top Proloeng has learned. Being one of the top students of the Pannasastra University of Cambodia, he had to go through so much to prove that he is more than the smart kid his fellow students know him for. And everything has paid off when he was awarded a scholarship in Chiang Mai University in Thailand. His secret? Experiences that he got from serving others.

A native of Takeo province, Mr Proloeng, 24, is currently studying International Relations at PUC. It was at the university that he learned about volunteer works and tried to do some to gain more experiences and learning.

“My university, PUC, transformed me to become somebody who finds interest in community work. I then exposed myself with this unpaid work by engaging in one study club called PASS, which is under the roof of PUC. There, I’ve learned so many things as data collector and media coordinator. Moreover, I got to know lots of opportunities for volunteer works abroad,” he said, adding that he also juggled his time as an Accounting and Finance student at Vanda Institute. 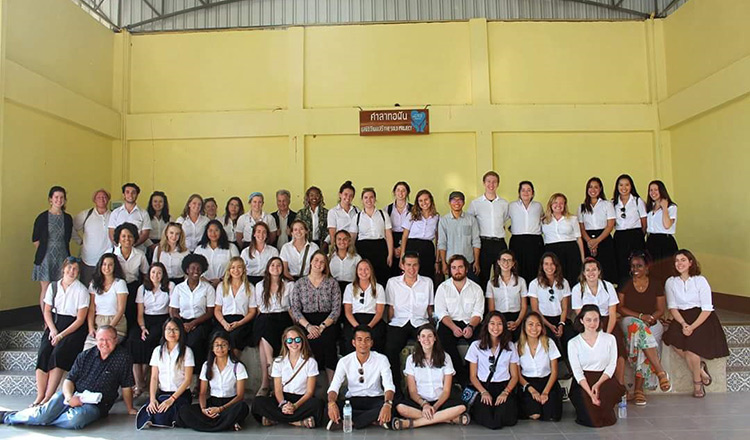 After finishing his job at the study club, Mr Proloeng decided to apply for an exchange volunteer work with the AIESEC Cambodia.

“After I left PASS, I joined Outgoing Exchange committee which under AIESEC Cambodia and looks for youth to work as volunteer abroad. I eventually applied and was selected to go to Malaysia working on an Asean Project for six weeks through Global Leader programme. We were provided accommodation, yet I was happy to go because my family also fully supported and motivated me to go. The result was worth it,” he said.

“I thought it might be big challenge to go abroad for the first time, alone. And it was. Speaking a foreign language, dealing with roommate and my team and shifting eating time [Ramadan ceremony in Muslim country] were the big challenges I encountered. But, they didn’t win over my desire. I solved all my dilemmas and ultimately did well in the programme. At the same time, my mindset has changed and I thought it grew more mature and open,” Mr Proloeng added.

On his return in late 2015, Mr Proloeng shared his experiences with other members in AIESEC. But after accepting a volunteer position at the VSO Cambodia, he chose to drop out of school temporarily and focus on his chosen passion.

“I decided to work with VSO though I had to drop school as I had to do a project in Mondulkiri province. I thought it was the right decision. Working on the programme International Citizen Services (ICS), I realised that I have improved lots in terms of English, teamwork, conflict management, researching strategies as well as dealing with host family. I had to work with volunteers from UK at that time. It pushed me to challenge hardly, challenge to sharpen my future.” 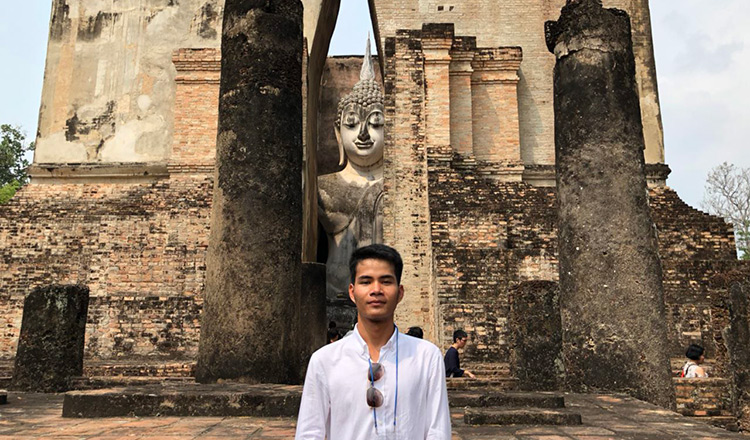 At the end of programme, he was voted as outstanding volunteer and was eventually selected for an internship as finance assistant.

Following theories given in school would not be enough, he said.

Mr Proloeng claimed that working and exposing oneself to the environment and to the community is really crucial because students can gain personality development and acquire skills that go beyond what they can gain inside the school premises.

In the late 2017, Mr Proloeng was granted a five-month scholarship to study in Institute of South East Asian Affairs of Chiang Mai University. He believes that his experiences from doing volunteer jobs and immersing himself into the community have been his ultimate ticket to Thailand.

“I keep saying that volunteer works help sharp on my ability to get this scholarship. Confidence, general knowledge, self-development, and good personality are what I have earned from my unpaid jobs. And I am so grateful to my family too for inspiring and supporting me until today,” he added.