Speaking yesterday at the inauguration of the Chinese-funded University of Kratie in Kratie province, Mr Hun Sen said that because Cambodia lacked skilled workers, some companies and foreign investors brought their own technicians and workers to implement their projects.

“Don’t be concerned that Chinese people want to live in Cambodia. They just want to complete their work and bring money to their home country,” Mr Hun Sen said, adding that if Cambodia could supply enough human resources, the Chinese companies would not bring more workers from their country.

“The Chinese will not live in Cambodia,” he said, noting that criticising Chinese firms and Chinese tourists was a form of prejudice.

He said that Cambodia did not have sufficient workers to work for Chinese firms in building bridges and high-rise buildings which was why many Chinese nationals worked on Chinese construction sites.

Mr Hun Sen said 1.2 million Chinese tourists have visited Cambodia and generated revenue and benefit for the country, and many Chinese firms have invested and contributed to the country’s development, especially infrastructure. 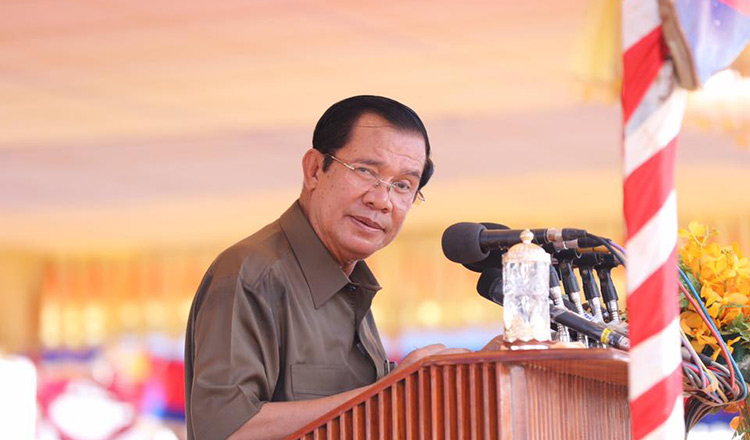 The premier said Chinese workers, tourists and investors came to Cambodia to earn money, work and visit the country and then they would return to their home.

According to a statement by the Council for the Development of Cambodia on Tuesday, increasing Chinese investment and capital reflected the confidence and trust of investors in Cambodia.

From 2013 to 2017, China was the biggest investor and biggest resource of investment capital in Cambodia. Chinese investors put $5.3 billion in key sectors of the Cambodian economy, including the banking and industrial sectors as well as infrastructure.

In 2017, Cambodia registered 183 investment projects with $6.3 billion of investment capital which increased 75 percent compared with 2016.

For the first three month of this year, the CDC decided to allow Chinese firms to implement 63 new projects and expand three existing projects with $400 million of capital.

San Chey, executive director of the Affiliated Network for Social Accountability, said that Cambodian people have expressed their concerns about the increasing Chinese investment, especially in Preah Sihanouk province.

Mr Chey said that as the population of Chinese people increased in Preah Sihanouk province, security and safety issues have arised.

“So the authorities should try to crack down on Chinese people who commit crimes to ensure security and safety for our people,” he said.

According to an Interior Ministry report, 1,133 Chinese nationals were deported to China for offences related to cybercrime from 2011 to 2017.

In 2017, Preah Sihanouk province welcomed nearly two million tourists, including 470,000 foreigners. Of the total number of foreign arrivals, nearly 120,000 were Chinese, an increase of 126 percent year-on-year.