The Ministry of Defence has condemned a Facebook user who posted messages critical of the government in an attempt to foment an army-led rebellion, while also urging police to unmask the user and make an arrest.

Chhum Sucheat, spokesman for the Defence Ministry, said on his Facebook page yesterday that over the past few days, a small group of people had created a fake Facebook page purporting to be a member of the Royal Cambodian Armed Forces, posting messages to divide the army and the government.

“The spokesman of the Defence Ministry as well as all Cambodian soldiers strongly condemn these treasonous groups and call on authorities to seek the arrest of the group which has faked the Facebook page of a soldier to punish them by the law,” he said.

“Falsely accusing the Royal Cambodian Armed Forces is a disgraceful and ignorant action by a treacherous group seeking to destroy the peace Cambodian people enjoy.”

A Facebook account named Bong Yuth posted articles and shared information critical of the government. In one of the posts, there was an artillery-mounted truck with a message urging the army to rise up against the government.

Mr Sucheat said that RCAF was very loyal and protective of the government. 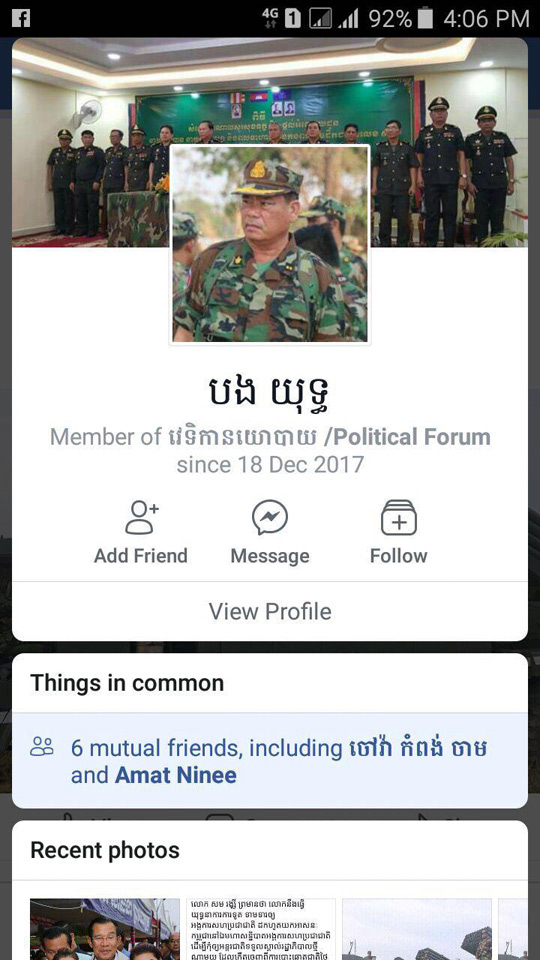 Ngeth Moses, head of the media unit for the NGO Central, said that Facebook users today may face arrests or charges if they shared or posted messages without clearly looking at the source, or posted a message intending to insult the government.

Mr Moses said Facebook users had to find original sources before sharing information in order to determine if information is accurate and reliable to avoid being charged because some Facebook accounts were fake.

“Even though there is no law to control the Internet yet, authorities have applied the Criminal Code to sue and convict some social network users, so they should not post bad messages or share information without knowing sources and they need to check it thoroughly before sharing,” he said.

Several Facebook users have been arrested and convicted for sharing and posting articles that insulted Prime Minister Hun Sen and the government.

In March 2016, Phnom Penh Municipal Court convicted Kong Raiya of incitement to commit a felony and sentenced him to 18 months in prison for calling for a colour revolution in a Facebook post. 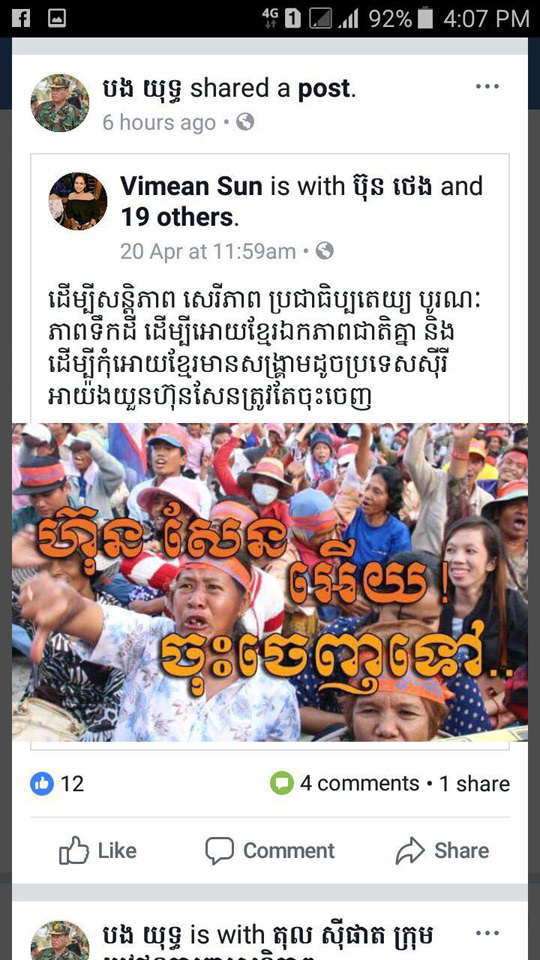