Thirteen families who live along the road to late Khmer Rouge commander Ta Mok’s house in Oddar Meanchey province’s Anlong Veng district filed a complaint with authorities on Tuesday after being told they would not get land titles.

Prum Ben, 59, who lives in Anlong Veng district’s Anlong Veng commune, said the 13 families have lived in the area since 2005 and asked authorities to issue them land titles but they refused, claiming the area belongs to a businessman now.

Mr Ben said that authorities did not identify the businessman or explain how he could claim ownership of the land, on which they had been living for many years.

“Our land is not big. Just five or ten meters squared only. It is very small. We just need a place to live. Why are those people taking our land and creating obstacles for the issuance of land titles?” he said.

Another villager named Siem Meng Sung, 45, said that businesspeople really wanted the land because they could build guesthouses for tourists visiting Ta Mok’s house, but it affects the residents who have lived there since 2005. He said a businessman named Ly Om Eng tried to take the land five years ago, but residents were not sure who was claiming to be the owner of the land now.

“We do not understand how those people claim to be the owner of the land which the residents have lived on since 2005. They should understand that the residents need a little land for living only,” he said.

Am Sam Ath, monitoring manager for rights group Licadho, said that generally, most land disputes were between residents and powerful individuals. 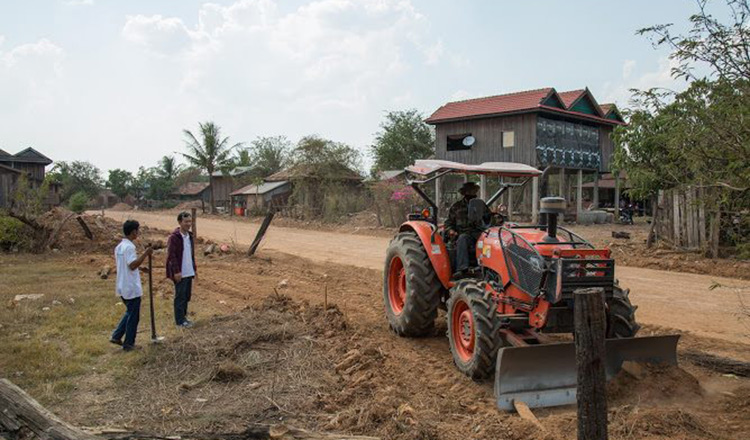 “Some people use their power or their name to take the residents’ land. That’s why the residents file a complaint in the province and come to Phnom Penh seeking intervention. Some cases get resolved and some cases have not yet been resolved,” he said.

Vong Pheak, chief of Anlong Veng commune, said that no one – businesspeople or powerful individuals included – could take their land illegally. He said the residents were confused and were living on state land.

“No one took their land. They are scared of moving. In fact, that area belongs to the state and the state wants to develop the road to Ta Mok’s house into a tourist area,” he said.