Phoun Chhuy Eng, chief of Phsar Chhnang commune, said the fish started to die last week and as of yesterday, 12 tonnes had perished in different fishing plots that belong to river-dwelling families.

Ms Chhuy Eng said that 70 families have been affected by the deaths and have asked the district authority for help.

“They are worried and asked for help, because they fear they will lose more fish if we don’t help,” she said.

Yeus Ish, a resident of Phsar Chhnang commune, said that most of the families feed the fish in plots along the river to then sell to markets. 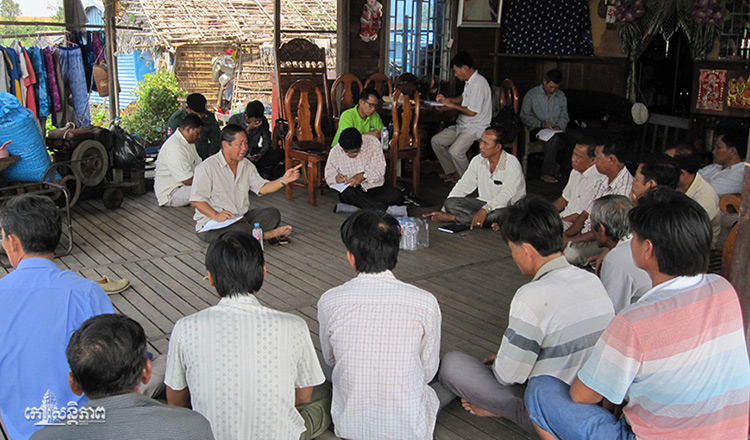 Mr Ish said that at least 200 to 300 kilos of fish perished in just a single plot.

“In April and May every year, the weather is so hot and the fish face death,” he said.

Mr Ish said the families are asking district authorities to allow them to move their fishing plots to deeper basins of water to allow the fish to get more oxygen to survive.

Som Phirun, chief of the provincial fisheries department, met with the residents on Tuesday. Mr Phirun agreed that the fish died due to hot weather and low oxygen levels in the shallow water.

Mr Phirun said he instructed the fishing families to not overload their plots with too many fish.

“We have helped educate them to not overload their plots, and put the plots in deeper water,” he said.

In April 2016, nearly 70 tonnes of fish died in Kampong Thom province, also due to a lack of oxygen in shallow water and rising temperatures.

PM wants all provinces to have state university