Apsara Authority officials and local police yesterday completed a three-day investigation into illegal logging on Angkor Archaeological Park grounds, noting that one man was detained and released after signing a contract to stop cutting trees.

Long Kosal, spokesman for the Apsara Authority, said that some residents within the protected grounds were using their land as a pretext for illegal logging, claiming they were clearing farmlands.

“It is protected land in the park. Normally, people live in the park. However, some use that as an excuse to take the chance to cut down trees surrounding their land,” he said. “This is prohibited because the forest is protected.”

A report from the Apsara Authority identified the man detained, educated and released as Thai Thoeung, who cleared about half a hectare behind his house.

“The people can live on heritage land. Even though it is state owned, we cannot force them out. We know his identity and in such cases we normally only educate them,” Mr Kosal said. “Authorities decided that if he continues to do so, we will implement the law.”

Beng Born, an Apsara Authority official in charge of forest within the park, said the cutting of trees took place when officials were busy over the holidays. 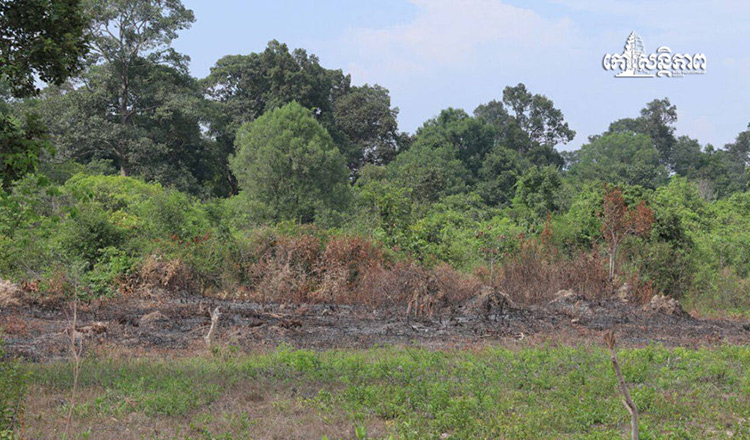 “The clearance was made when Apsara Authority officials were busy with Khmer New Year tasks,” he said.

Nga Chong, Nokor Thom commune chief, said Mr Thoeung has been educated before and should be punished this time around.