The Interior Ministry’s Counter Counterfeit Committee has shut down a chili sauce and soy sauce production facility in Phnom Penh’s Prek Pnov district after finding that the facility lacked sanitary standards, registration and was suspected of using banned chemicals.

In the operation, officers found four offences, including unsanitary conditions, no technical standards, no registration and use of banned chemicals harmful to the health of consumers.

“We will take legal action, suspend the business and summon the facility owner for questioning,” said Mr Yuthea. 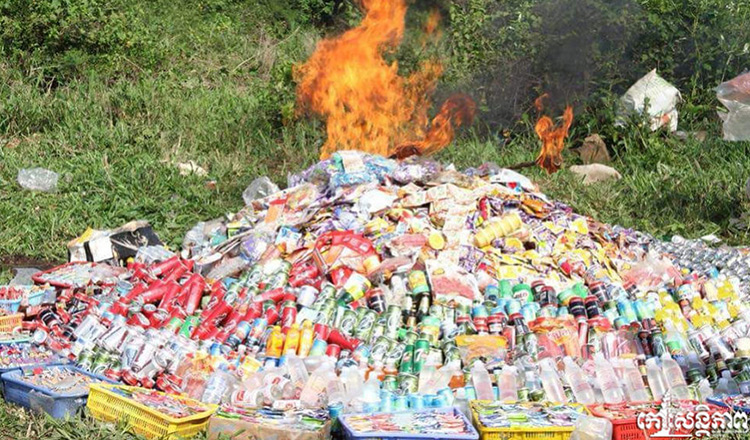 After inspecting the facility, authorities seized 27 packages of oyster sauce and 1,450 kilos of chili and soy sauce.

Camcontrol representative Kong Vuthy said the facility had no legal permission to function, so authorities suspended the business until it gets legal permission and implements sanitary improvements.

“We brought samples to the Camcontrol department laboratory to search for prohibited chemicals,” he added.

Chhim Veasna, head of Camcontrol in Pailin province, said the poor quality products included spices, beverages, beer and many other items. “We will protect the people’s welfare,” he said.