Lieutenant Colonel Kreth Sekharin, chief of the criminal investigation department with Prampi Makara district police, said all of the accused theives were high-school drop-outs with no jobs.

He said they were all charged with theft with aggravating circumstance, unauthorised holding of weapons and drug trafficking. They have all been sent to prison pending their trial.

“They were active and experienced thieves who often stole motorbikes and people’s belongings,” he said. “They were arrested after police raided their rental rooms on Sunday.”

After their arrests, police seized a total of four stolen motorbikes, two pistols, bullets and six packages of crystal methamphetamine, he said. 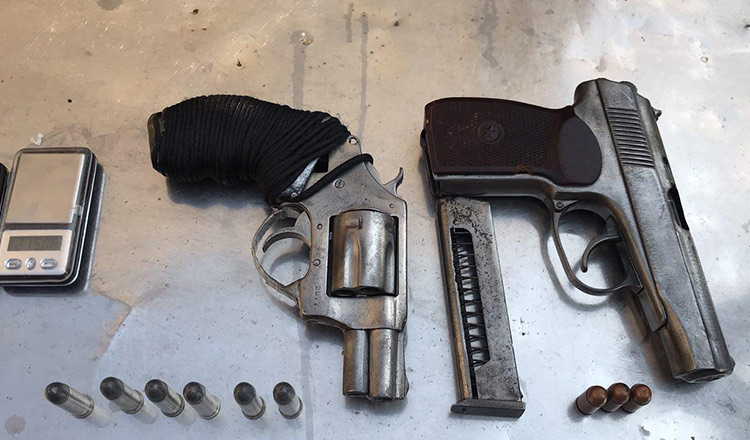