SEOUL (AFP) – Symbolism will be the main course of a banquet at Friday’s inter-Korean summit, Seoul revealed yesterday, with a menu featuring Pyongyang’s signature dish and food from the home towns of the South’s leaders at previous meetings.

No detailed schedule has been released yet, but the dinner will be held after the summit in the same Peace House venue on the southern side of the border Demilitarised Zone.

Some of the food will come from the North. Mr Moon suggested the North’s signature dish of cold noodles and Pyongyang agreed to send a leading chef from Okryu-gwan, a famed restaurant in the capital city, to the venue, his office said yesterday.

Cold noodles come served in a cool mild broth and garnished with pieces of meat and vegetables. The long buckwheat strands are usually cut with a pair of scissors to simplify the eating process. 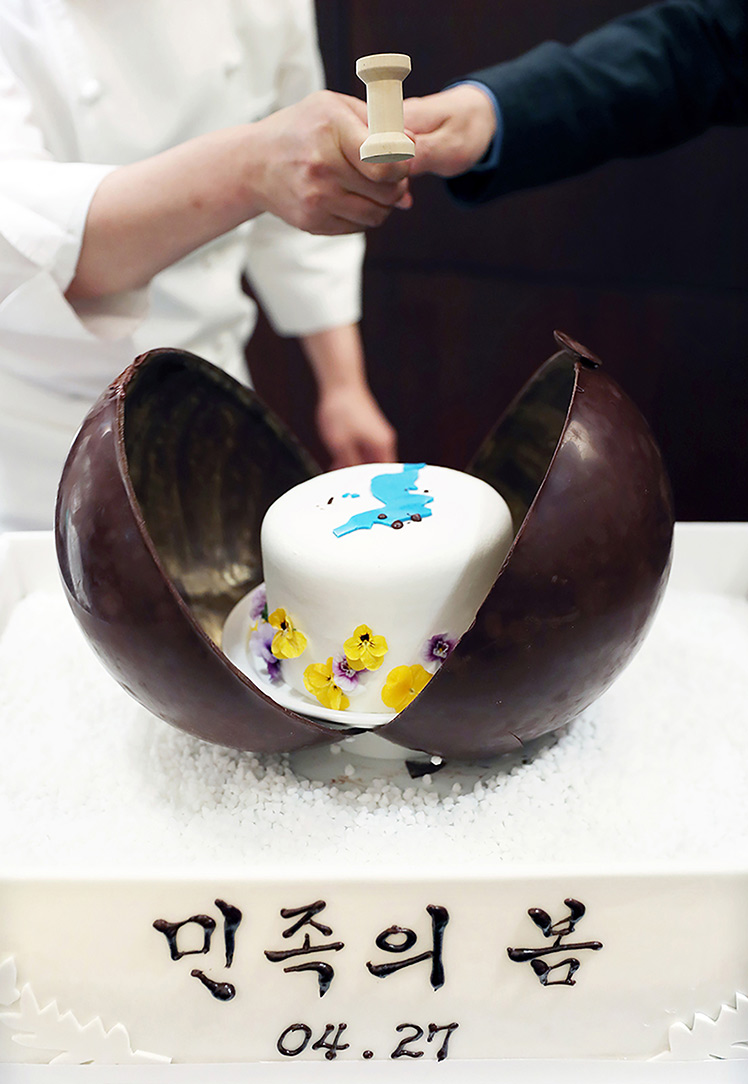 The South has its own varieties but even its diners tend to favour the Pyongyang version.

Other dishes feature seafood, meat and rice from the home towns of Mr Moon and the Southern presidents who went to Pyongyang for the two previous summits, Kim Dae-jung in 2000 and Roh Moo-hyun in 2007.

“We prepared the welcoming dinner to honour the people who worked so hard for peace and unification of our people,” Mr Moon’s office said.

Friday’s summit is a result of a months-long diplomatic campaign orchestrated by Mr Moon, a dovish leader who advocates dialogue to bring the isolated and nuclear-armed North to nuclear negotiations.

The Blue House has a tendency to make political points with its food choices. When US President Donald Trump visited last year, his meal included a prawn fished from the waters around Dokdo, disputed islands controlled by Seoul but claimed by fellow US ally Tokyo.

Kim and Moon: the heir born to rule and the escapee’s son

A prince is born