The Thai government has decided to open 80 one-stop service centres nationwide for Cambodian workers in Thailand to get the legal documents that they have already applied for until the end of June.

The Cambodian embassy in Thailand issued an announcement to all Cambodian workers, telling them to obtain their documents from one of the 80 OSS centres.

The announcement said the processing would begin yesterday and run until June 30.

“All OSS centres will be open for processing from April 23 until June 30, 2018,” it said. “So, everyone please hurry up to comply with this procedure at the OSS centre in the province where you work.”

Dy Thehoya, programme officer at labour rights group Central, said yesterday it was good that Thai authorities were doing this for Cambodian workers. 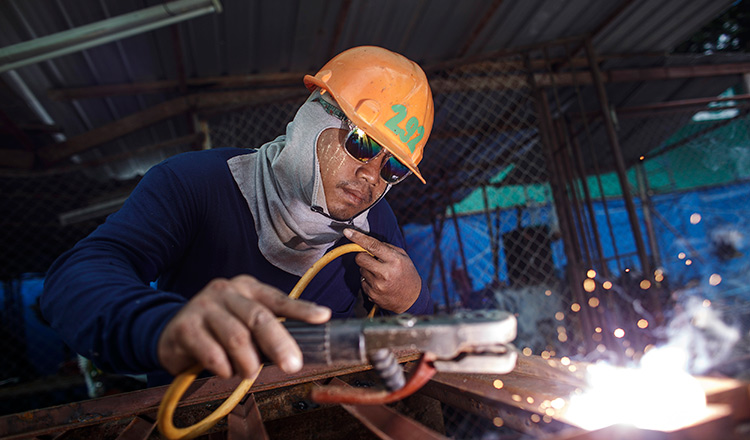 “It is good that the Thai government has extended the process until the end of June,” he said. “It could be because Thai employers will face punishment or fines if their workers have not registered to become legal workers, they may face a lack of workers, or other reasons.”

Mr Thehoya said that according to a Thai report, about 60,000 migrant workers from Cambodia, Laos and Myanmar have not yet registered for legal documents.

However, he thought the figure was probably much higher.

According to the Bangkok Post yesterday, Thai Prime Minister Prayut Chan-o-cha has urged Thai employers and the migrant workers they employ to strictly comply with the registration process and complete it by the deadline.

The report said the 80 OSS centres will process the registration of the remaining migrant workers from Myanmar, Laos and Cambodia who have yet to complete it.

It said a total of 1,320,035 migrant workers nationwide – about 96 percent – registered with the Thai Labour Ministry from February 5 to March 31.

According to a report of the Banteay Meanchey provincial anti-trafficking committee, a total of 9,935 Cambodian workers were sent back from Thailand over the first three months of 2018 for illegally staying there.