Interior Minister Sar Kheng has called on citizens to report inactivity of local officials to the national level either through social networks or the media so that problems can be solved as fast as possible.

Speaking at the inauguration of a building at Tuol Pongro pagoda in Battambang province’s Sangke district on Saturday, Mr Kheng asked local authorities and officials to behave gently and to respect and serve people wholeheartedly regardless of their political leaning.

“If there is anything wrong, I would like to request people to please provide us the information via Facebook, WhatsApp, Telegram, radio or television. Do not hide it,” he said.

“If something is wrong, please tell them that it is wrong in order to facilitate and prevent the problem from occurring again.”

Mr Kheng also advised all local officials to treat people equally regardless of the political party they belonged to, reminding all civil servants to fulfil their duties as service providers.

He also urged local authorities and civil servants at all levels to make public services transparent and efficient in an effort to make reforms successful.

San Chey, executive director of the Affiliated Network for Social Accountability, said some people have sent messages via social networks to the Interior Ministry’s website, but have not received solutions.

“We think officials should do it [resolve issues] after making promises in order to build trust. But because [Mr Kheng] has lost trust in his officers, he decided to tell [people] to report it. Therefore, he knows clearly that his officials are actually inactive,” he said. 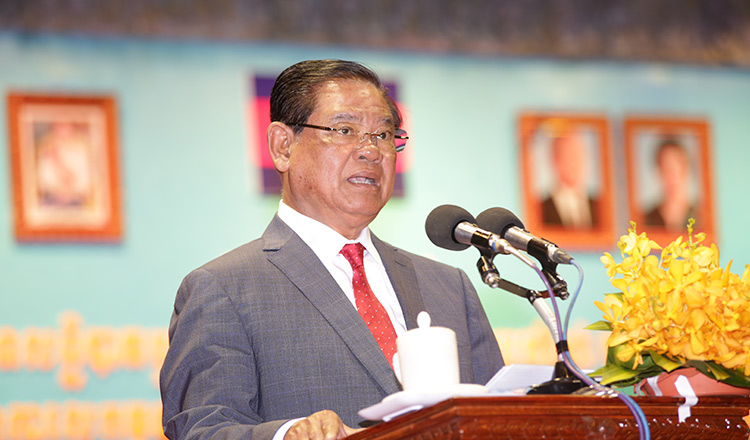 Sean Vy, a representative of the Phum Sela Khmer community in Banteay Meanchey province’s O’Bey Chorn commune, applauded Mr Kheng’s comments, but doubted the plan would be carried out effectively by local authorities.

“If the people in the community report the inactivity of subordinate officials, then they will be in danger because corrupt officials will look for those who report it and persecute them instead so the people won’t dare to report it,” Mr Vy said.

Sum Chankea, coordinator for human rights group Adhoc in Banteay Meanchey province, said that conflicts of interest and a division of resources were the roots of the inactivity for low-level officials.

Mr Chankea said that drug use, drug trafficking and drug distribution in the province showed that police were inactive.

“I heard that some people reported about drug use, but police delayed intervention or did not take action right away,” he said.

“In order to resolve this problem, first we need to raise the budget for local police for their work and take legal action against some police or officials who are corrupt and involved in illegal activities.”

Price of real estate up after CNRP dissolved: Hun Sen