An elephant died in Mondulkiri province’s Sen Monorom city yesterday after its owner did not feed him for nearly a month as punishment for rampaging through a village.

Mr Diyon said that last month, the elephant rampaged through the village, causing damage but no injuries or deaths.

He added that the 35-year-old elephant was shot with a tranquillizer gun to end the rampage, after which its owner kept it at home without food as punishment.

“Weakened by starvation, the elephant had no strength to rise and stand on its own despite making several attempts to rise up,” said Mr Diyon. “The elephant died late in the evening after he fainted in the morning, following many days of fainting.” 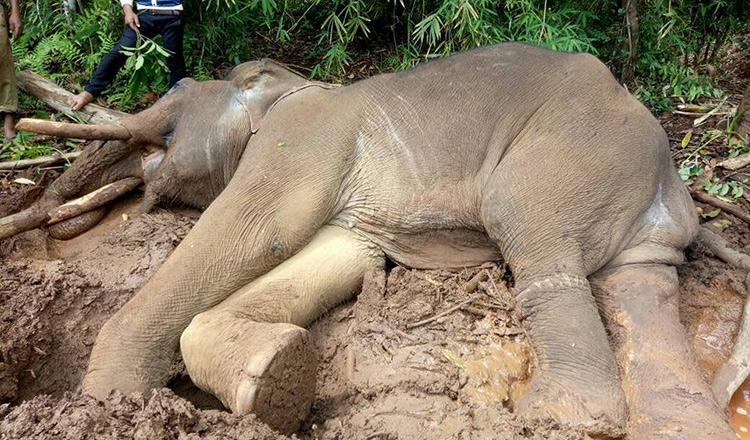 “Expert officials could not save him because this elephant had no power and no food to eat. We are sorry to lose the elephant,” he added.

Mr Diyon said the owner thought not feeding the elephant would weaken it and stop its rampaging ways.

“Generally, the owner keeps his elephant in chains in one place. But the owner must still give it food,” he said.

Keo Sopheak, director of the provincial environment department, said he would lead an investigation into the case.

“We will investigate why this elephant died,” he said.

In January, a wild elephant was found dead after it fell into a pit in the Keo Seima Wildlife Sanctuary in Mondulkiri province. An investigation found it was killed from termite bites.

The population of elephants has been on the decline with about 250 to 500 in Cambodia, and less than 115 in Keo Seima.

Cambodia a key partner for China