Justice Minister Ang Vong Vathana will lead a meeting today to review and evaluate 228 prisoners, including 18 women, who have requested royal pardons or sentence reductions to coincide with Visak Bochea Day on April 29.

“Justice Minister Ang Vong Vathana will lead the meeting of the national committee to review and evaluate the list of prisoners who have requested pardons and reduced sentences for Visak Bochea Day,” said Mr Santepheap.

Mr Santepheap added that the 228 prisoners are in 18 prisons and four correctional centres across the country.

Sorn Keo, spokesman of the Interior Ministry’s General Department of Prisons, said yesterday that most of the prisoners being considered have exhibited good behaviour while in prison.

“Almost all of the prisoners who requested sentence reductions and pardons received a short sentence in prison and they have good behaviour records and respect the rules in prison,” he said. 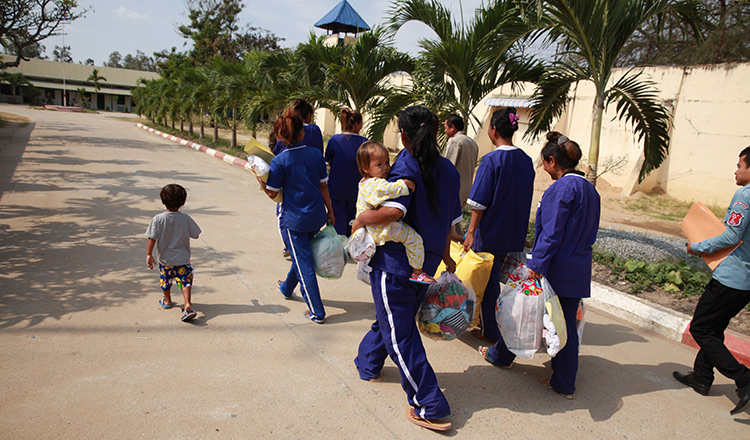 Mr Keo added that he did not know if any of the 228 prisoners were linked to the former Cambodia National Rescue Party because they were not recorded as such.

“There are some foreigners among the prisoners who have requested sentence reductions or pardons,” Mr Keo added.

On April 10, the committee selected 50 prisoners, eight of whom requested pardons to be released and 42 who requested reductions in their sentences, to coincide with Khmer New Year.

“We decided to select 50 out of the 321 prisoners to send their names to Prime Minister Hun Sen for him to sign and we will forward the applications to the King for the pardons and sentence reductions,” said Mr Santepheap at the time. “None of the prisoners were incarcerated for murder or drug trafficking.”

In late 2015, Mr Hun Sen asked the inter-ministerial committee responsible for prisoners’ sentence reductions to stop pardoning inmates with a history of robbery and drug crimes, over fears they could re-offend.

Ministry lashes out over cockroach X-ray