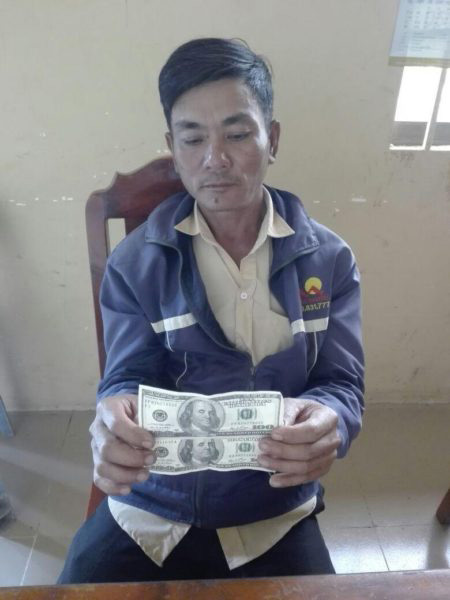 Mr Khang has been jailed pending his trial, he added.

Last Wednesday, the accused crossed the Cambodia-Vietnam border to acquire two buffaloes and one cow from three farmers in Chrak Mates commune for $2,300 in $100 bills.

Villagers then attempted to spend the money at a local market on the same day. The owner of the shop rejected the bills after growing suspicious.

Upon a closer inspection, the shop owner declared the bills fake and reported the incident to local police along with the three victims. 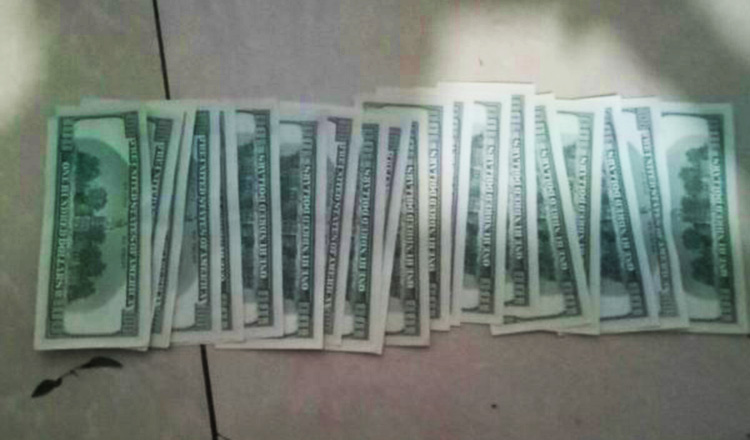 “Police received the report of the circulation of the counterfeit money from the shop owner,” said Maj Seng. “After receiving the report, our police officers went to inspect the money. Officers also concluded that the money was fake.”

The suspect was later arrested on Thursday after he was tricked by the victims to return to purchase more animals.

After the arrest, police managed to confiscate $2,500 in counterfeit currency.