The reports said that on April 10, Thai police seized six military grade assault rifles, about 24 M16 components and three hand flares in Trat province from the accused who was crossing a checkpoint in his pick-up truck.

“The Defence Ministry would like to inform the public and the media that the smuggling of weapons from Cambodia is fake news without a reliable source,” Defence Ministry spokesperson General Chhum Sucheat said yesterday. “We don’t use these weapons in Cambodia.” 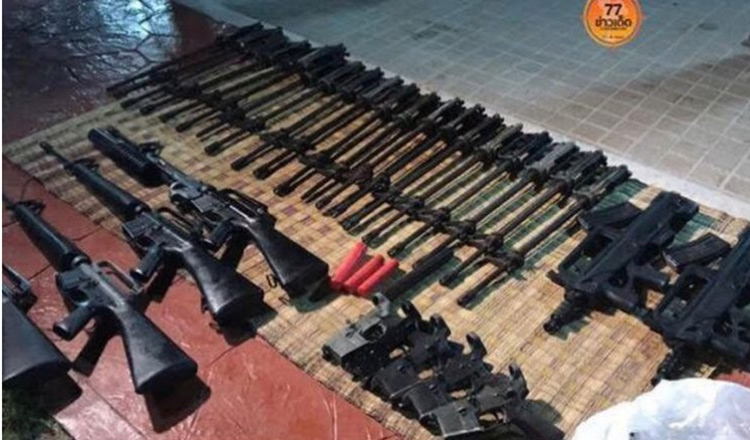 Gen Sucheat added that Cambodian authorities would cooperate with their Thai counterparts if assistance was requested in the case.

National Police spokesman General Kirth Chantharith said yesterday that he agreed with the Defence Ministry. Gen Chantharith said he has not received any request of cooperation from his Thai counterparts over the issue, but noted that he received information that the weapons were taken from an armoury in Thailand.

“We got information from our Thai counterparts that those weapons are registered with a weapons warehouse in Thailand,” he said. “Those weapons weren’t smuggled from Cambodia.”

They later apprehended five Thai nationals, who told officials they bought the weapons from Cambodia, leading to the arrest of three Cambodian suspects.