Former opposition leader Sam Rainsy has called on migrant workers to urge their parents and relatives still in Cambodia to boycott the upcoming national election on July 29 if the now-dissolved CNRP is not reinstated to contest the poll.

Meeting with migrant workers in Japan last week, Mr Rainsy, who has lived in exile since 2015 after a slew of lawsuits, urged all of the workers to advise their relatives and parents not to vote without the participation of the CNRP.

“All brothers and sisters in Japan, please appeal to your relatives in Cambodia not to go to vote,” Mr Rainsy said in a video clip on his Facebook page posted on Saturday.

Mr Rainsy also called on the Japanese government to have democracy restored in Cambodia, and urged the international community not to recognize the election’s results without the CNRP’s participation. 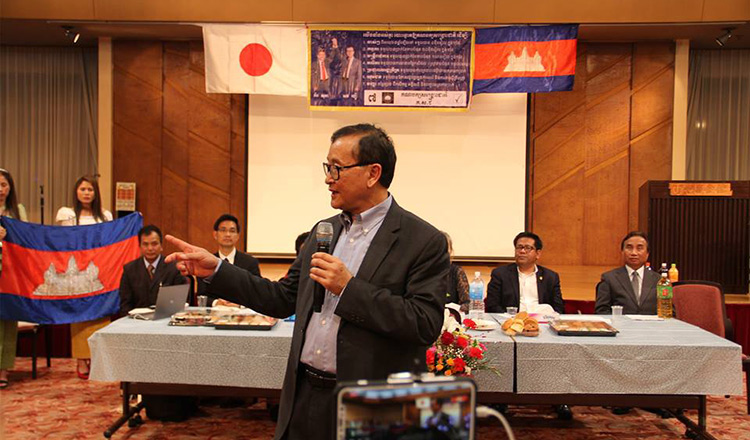 Following the dissolution of the CNRP, the US and European Union cut funding to the National Elections Committee.

However, Japan then donated about $7.5 million in aid, including 15,000 ballot boxes, to help the election body secure a free and fair election in July.

Japan’s ambassador to Cambodia, Hidehisa Horinouchi, signed an agreement with Foreign Affairs Minister Prak Sokhonn at the ministry, granting about $7.5 million in aid to the NEC for the July 29 general election.

The National Election Committee last week warned that anyone calling for a boycott of the upcoming national election would be punished after Mr Rainsy first made the plea during a Radio Free Asia interview.

Article 142 of the Election Law states that anyone caught preventing eligible citizens from voting may be fined between $1,250 and $5,000.

Hang Puthea, spokesman for the NEC, said the NEC has appealed to all people not to listen to outsiders suggesting that they boycott the poll.

“It is wrong; it is against the law to incite people to not vote and it creates unrest in our country,” he said. 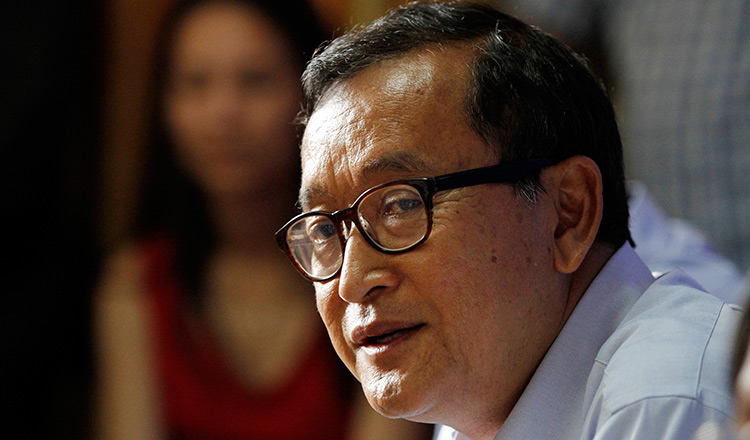 “Now the people no longer support him any more because they lost trust in him,” Mr Eysan said. “There is no hope that he could participate in the election.”

Meanwhile, Prime Minister Hun Sen said yesterday that his government remained committed to protecting peace in the country and moving forward with the election.

Mr Hun Sen said on his Facebook page that he felt delighted to see all the people enjoying Khmer New Year festivities last weekend thanks to prevailing peace in the country.

“All brothers and sisters are living with happiness while our country is growing and moving forward because we have had full peace for 20 years,” he said, referring to his win-win policy that brought peace to Cambodia by putting an end to the civil war in 1998.

“We must not let peace slip out of our hands, no matter what the cost is,” Mr Hun Sen added.

Speaking during the opening of Angkor Sankranta in Siem Reap province on Friday, Mr Hun Sen said that peace was a priority and that this year marked the 20th anniversary of full peace and unification in the country.

“Whatever the cost is, we must deem peace as a main issue. If there is no peace, there will be no development and we could not gather here,” he said.

A few days before Khmer New Year, Mr Hun Sen said that Khmer National Liberation Front president Sam Serey, who lives in Denmark, ordered his members in Cambodia to set off an explosion at Wat Phnom, but noted that the plot was unveiled and prevented.