Nearly 50 people were killed in traffic accidents over a five-day period that coincided with the Khmer New Year, a decline compared with the same period last year.

According to a report issued yesterday by the traffic police and public order department of the National Police, 47 people died and 143 people were injured in 91 traffic accidents across the country from Friday to Tuesday.

“The number of traffic accidents decreased 25 percent if compared with the same period in 2017 when 121 accidents occurred,” it said.

The report added that 55 people were killed and 226 were injured in last year’s accidents. 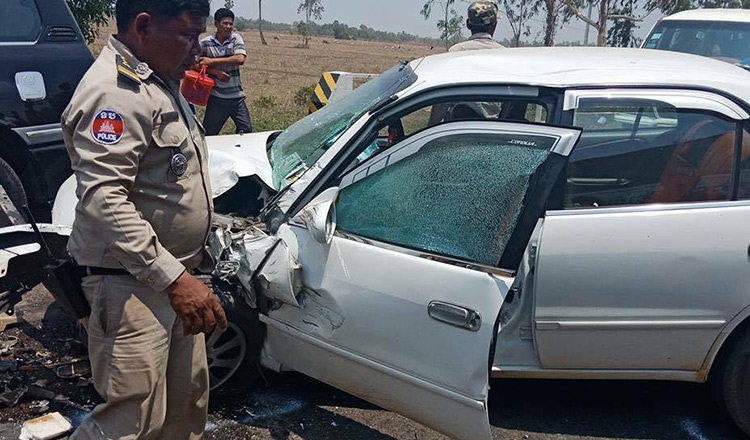 Causes of the traffic accidents were reported to be speeding, drunk driving, overtaking, not respecting other drivers, sleepiness, vehicle factors, and other violations.

He said Cambodian people all over the country met their families to celebrate, enjoyed festivals at pagodas and were entertained at resorts throughout the country.

“Peaceful elements are so precious and so important that they give us the opportunity to enjoy every place,” said Mr Hun Sen. “I would like to thank the authorities and the armed forces of all levels of the country who have taken part in protecting public order and security for the people and tourists to enjoy the Khmer New Year.” 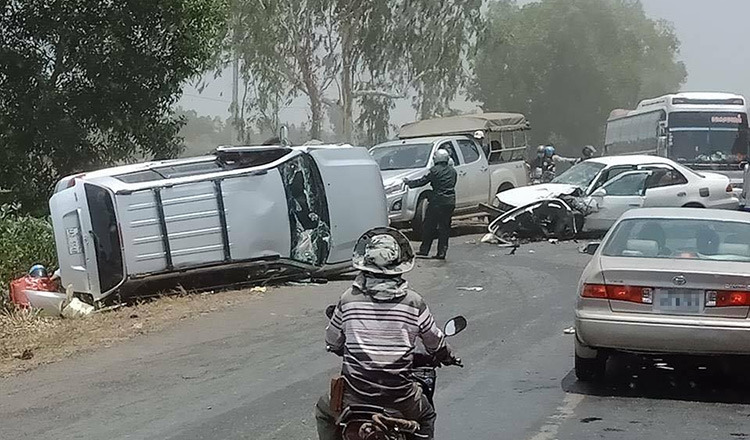 Mr Chey added that over Khmer New Year this year, he saw that most travellers showed more respect for the Traffic Law and drove well.

“I think the drop in traffic accidents is due to many reasons such as the government providing people with free transportation which cut down on the use of personal vehicles, people paying more attention while driving and the armed forces being deployed to maintain public order,” he said.