Three suspects, including a man and two women, were charged with fraud yesterday by Phnom Penh Municipal Court over a car rental scheme in which they rented cars, then rented them out to others before eventually pawning them off.

He said they were charged with fraud with aggravating circumstances and each face two to five years in prison if convicted. They have all been sent to prison pending their trial.

Maj Sopheak said that according to a military police report, between 2016 and 2017 the three suspects rented a total of 42 cars from 16 different people for between $500 and $1,000 per month for personal and business use. 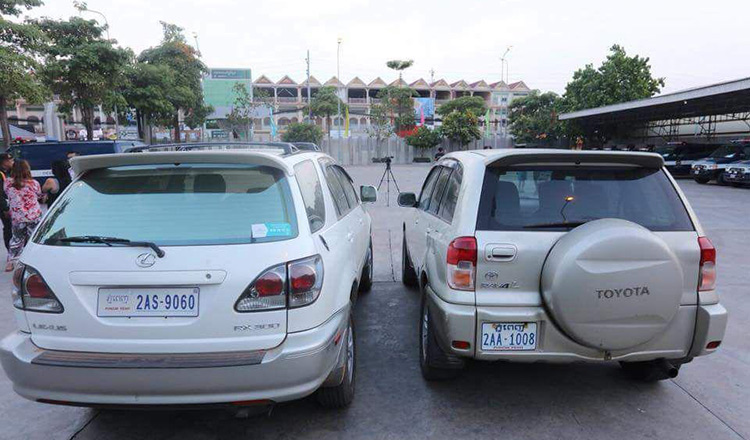 However, after getting the rental cars from the plaintiffs, the suspects rented the cars to other people for between $600 and $1,500 per month, according to Maj Sopheak. All of the cars were later pawned at shops in Phnom Penh and other provinces.

Maj Sopheak said the three suspects were arrested on Saturday in Kandal province.

After their arrests, military police seized 34 cars from pawn shops in Phnom Penh and Kandal province. Military police are now searching for eight other missing cars, he added.

“Our military police are now seeking to arrest other suspects who were involved with the three suspects,” he said.

Maj Sopheak said that nine other suspects – the owners of pawn shops – are involved in the case. Military police are now seeking to arrest them.