Kandal Provincial Court has charged a man over the murder of his 53-year-old mother after an altercation during a Khmer New Year celebration at their home.

Duong Chamroeun, an officer with Ang Snual district police, said Sim Chip, a construction worker, was charged with the murder of his mother and faces ten to 15 years in prison if convicted.

Mr Chip was sent to prison pending his trial after being charged on Tuesday, Mr Chamroeun noted.

Mr Chamroeun said the murder took place on Saturday night at about 9.30pm at the victim’s house in Damank Ampil commune.

Mr Chamroeun said Mr Chip was celebrating Khmer New Year with his family on Saturday night, when he got very drunk.

While intoxicated, a heated argument sparked between Mr Chip and his 55-year-old father, Tim Sim, he added. 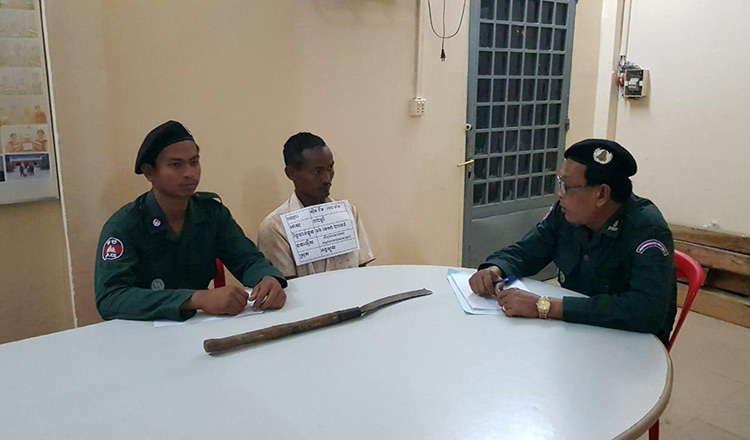 The two men started to beat each other with sticks, causing injuries to Mr Sim.

Meth Ol, 53, the mother of the accused, tried to intervene by wrestling her son and confiscating the stick from him. Mr Sim then continued to beat his son.

To avoid the beating, Mr Chip fled the scene. The accused then came back 30 minutes later brandishing a knife.

Police said the accused could not find his father, so instead, he began slashing his mother, causing her immediate death.

“He was angry at his mother for catching him and allowing his father to beat him,” Mr Chamroeun said. “He chopped her many times with a long knife on her face and head, causing her to suffer from injuries that lead to her death.”