To mark the end of the harvest season and enjoy the fruit of farmers’ labour prior to the beginning of the rainy season, the traditional Khmer New Year is celebrated from April 13 or 14 to 16.

Sangkran Chnam Thmey is celebrated enthusiastically everywhere, especially at universities, where students honour the Tevada Chnam Thmey, or New Year Angel. Elsewhere, people put on events to showcase Khmer traditions and culture, and hold reunions with people of all generations.

Chan Tola, 19, a third-year student of Chemical Engineering and Food Technology at the Institute of Technology of Cambodia (ITC) and a member of the ITC Student Association, organised Sangkran Chnam Jor 2018 with his team at the ITC campus for two days, drawing about 7,000 participants from a mix of high school, college, and student.

With three core programmes – Religious Ceremonies, Traditional Khmer Games, and Cultural Performance — ITC’s Sangkran event aimed to explore the roots of Khmer customs and culture and to help preserve these traditions. “The majority of students are ignorant of many of our traditions, such as banana carving art or Buddha statue parades. By joining this event, they can take part in preserving our culture, and learn about it from exhibitions, storytelling, and other activities.”

All aspects of this event are spectacular, he said. Because we are surrounded by cutting-edge technology, he added, Khmer people should not forget their ancient culture. Knowing that culture is crucial to knowing ourselves and understanding our identity, he said.

Som Kanika, 21, a second-year major in International Studies at Institute of Foreign Languages (IFL), Royal University of Phnom Penh (RUPP), said she was delighted to attend IFL Culture Day 2018, adding that it was her first time attending the event.

There were different programs throughout the day such as Khmer traditional dancing, popular games and cultural shows, but her favourite thing about it was the reunion of all students on the occasion of Khmer New Year.

“It was such a happy moment that we could meet, chitchat, enjoy shows, and dance together with our lecturers, squads, and alumni. This enables a special meeting between friends who have not seen each other for so long, and lets us rejuvenate our relationships,” she said. Ms Kanika also mentioned that joining Culture Day gave her a chance to watch Robam Khmer. Her favourite is the Robam Kous Trolok or Coconut Dance, a vibrant dance featuring gentle rhythms involving both boys and girls.

Sangkran Chnam Thmey was also celebrated at the University of Cambodia (UC) by UC Student Senate (UCSS). Hout Chhungbouy, a 22-year-old student who is currently in her second year of a Business Management degree at UC and a president of UCSS, mentioned that Sangkran Chnam Thmey UC is hosted annually to strengthen solidarity among students and draw their attention to our culture and preserve what we have.

Capturing some main cultural activities of Khmer New Year such as a monk blessing ceremony, traditional dancing, popular games, food stands, and mini-concerts, the event invited students to join traditional Khmer games including Bos Angkunh, Veay Kaorm, and Leak Kanseng, etc, and also to enjoy afternoon shows and dancing, she said. “Students felt joyful when playing the Khmer popular games, although it was tiring under the summer heat. They also enjoyed dancing and our cultural performances.”

Hosting Sangkran Chnam Thmey not only helps students learn how to organise school events, but also imparts cultural knowledge. She hoped that “Besides the lessons we learn at school, students should spend time to take part in social and cultural events to gain more soft skills, along with promoting our culture.” 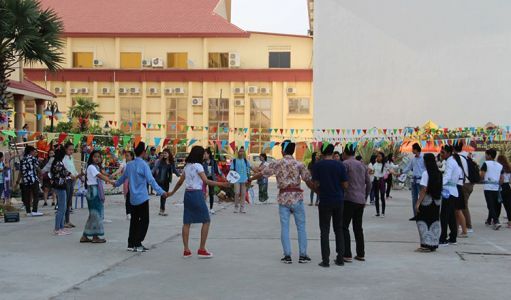 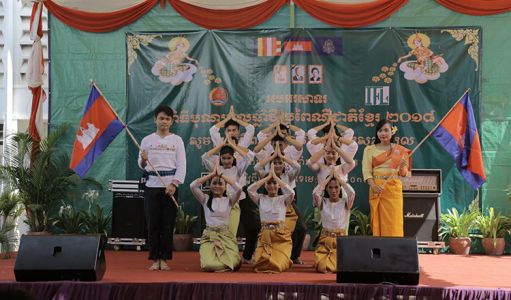 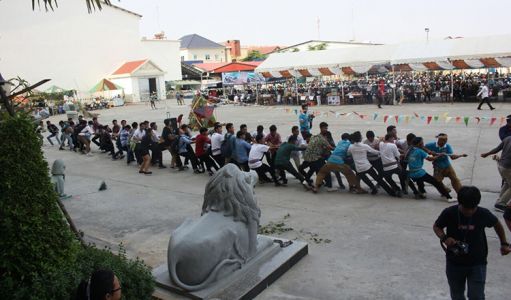 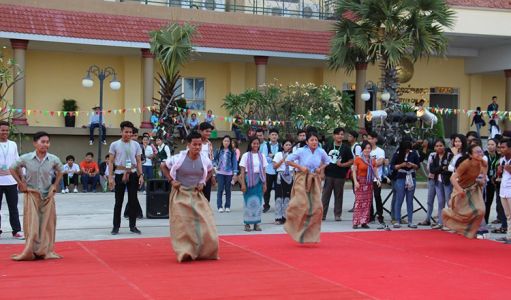 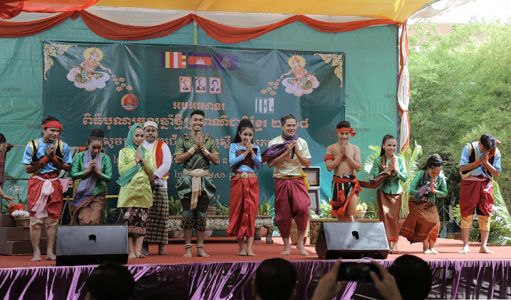 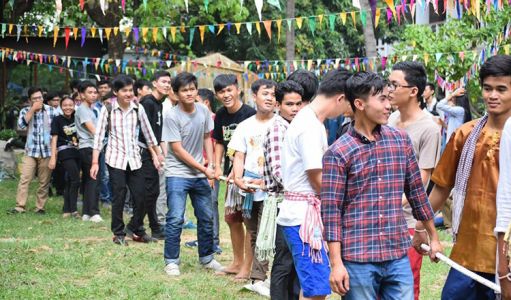 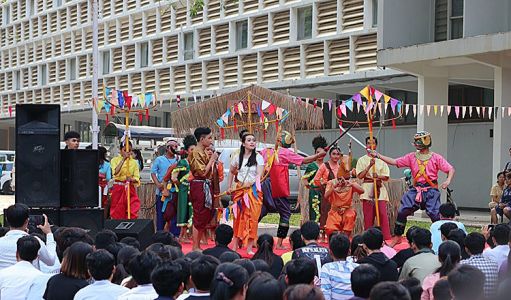 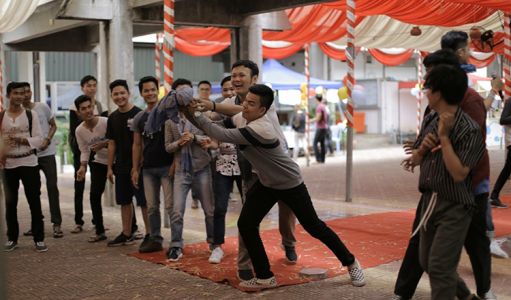 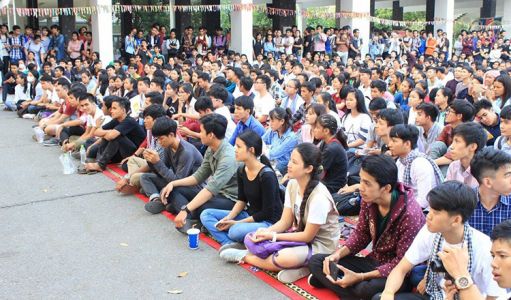