I have been reading and reviewing Haruki Murakami’s works for a while now, and I’ve resigned myself to the fact that I will never fully comprehend most of his works — aside from “Norwegian Wood”, which was his first “non-fiction novel”. One of Murakami’s first works is called “Hear the Wind Sing”. This story paved way for later works like “Pinball” and “A Wild Sheep Chase”.

Running a jazz café at the time, Murakami came up with the idea of writing a novel, which took him four months to finish, by sacrificing an hour every night to write. At 130 pages, comprising 40 small chapters, the story depicts the life of a strange Japanese protagonist during the 1970s, a time when Western food, music and youth culture were slowly creeping into Japanese society, and during which many like Murakami himself felt isolated politically, and when social movements were taking place.

The story was mainly inspired by the author’s 1970 summer vacation. As he was visiting his hometown in a coastal area during a break from university, a girl he loved took her own life. “Rat”, his friend, often visits J’s bar, drinking beer and whiskey to excess. At one point, the boy comes across another girl who collapsed on the bar floor, and carries her away to her home. The girl is missing her little left finger. Only after they run into each other again at a record shop she works in do they start hanging out. 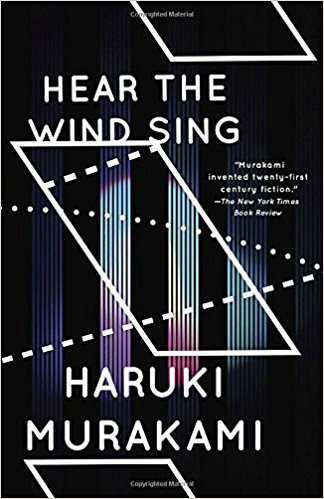 The protagonist later discovers that the girl has just had an abortion, after she admits it to him at her apartment. The girl then disappears. The guy later goes on to get married while his friend “Rat” sends him novels every Christmas.

One of the reasons the works of Murakami are hard to understand may be that they are translated and Japanese can be more contextual than English. For example, the word “I” can tell the gender of the speaker. Just like I have said in previous reviews of his books, this one is hard to fully comprehend and that is fine, because Murakami loves to leave the final judgment to his readers, a quality many of his fans enjoy.

I thought the book was very enjoyable, at least for the likes of me. I enjoy reading Murakami’s work because I feel the author’s world being steadily built up around me. You can get a paperback copy of this book for about $11 on Amazon and most likely for the same price at Monument Books.

Yike performance demonstrates of the value of loyalty