He said the group was deported on two flights to Shenzhen and Guangzhou on Chinese commercial aircrafts.

“They were deported on Chinese commercial flights, but the Chinese authority secured their air tickets,” he said.

On March 12, immigration police raided an apartment in Tuol Kork district and arrested 100 Chinese nationals using the location for online gambling and extortion through VoIP scams. 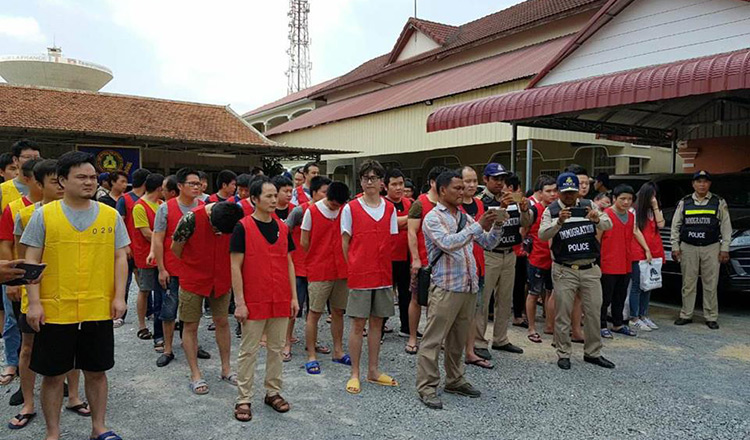 Lt Gen Heiseila said at the time they were arrested based on a report from China’s Interpol police that was sent to the Ministry of Interior for intervention.

Lt Gen Heiseila noted that according to the report, the suspects disguised themselves as Chinese police, judges, prosecutors or bankers as they telephoned to threaten and extort money from people in China.

Chinese Ambassador to Cambodia Xiong Bo said in February that China absolutely supports the arrest of any of its nationals committing crimes in the country, operating businesses illegally or scamming fellow countrymen back home through VoIP scams.

“Concerning VoIP scams, China absolutely fights against it,” Mr Xiong said, noting some of the cases were bogus because young Chinese people come to Cambodia, lose money gambling and then dupe their parents into thinking they have been kidnapped in order to get their money.​