The Ministry of Justice yesterday decided to select 50 out of the 321 prisoners who requested royal pardons and reductions to their sentences from the King to coincide with Khmer New Year.

The National Committee for Prisoner Evaluation on April 4 was reviewing 321 inmates, including 28 women, from 20 prisons and four correctional centres for the annual pardons.

Kim Santepheap, spokesman for the Justice Ministry, yesterday said the committee had selected 50 prisoners, eight of whom requested pardons while 42 others applied for sentence reduction.

“Their names will go to Prime Minister Hun Sen for him to sign and we will forward the applications to the King for the pardons and sentence reductions,” he said. “None of the prisoners were incarcerated for murder or drug trafficking.”

He also noted that he was not aware whether or not the list included any political prisoners or land activists. He also could not recall whether any foreigners were on the list. 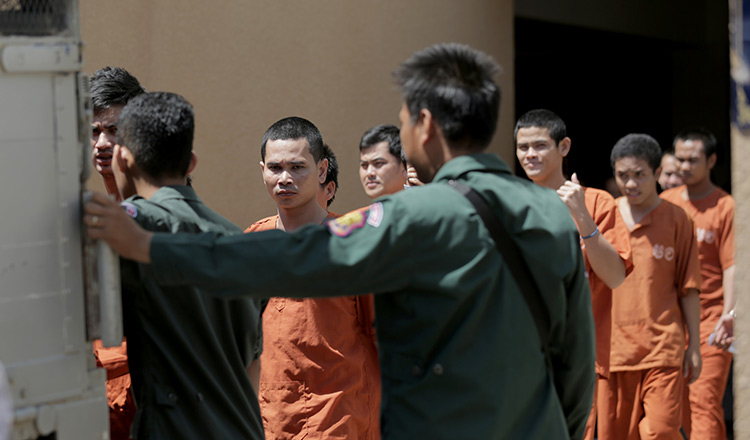 Soch Sophannara, deputy director-general of the Justice Ministry’s prosecution and penal affairs department, said last week during a meeting with the committee that the ministry considered numerous applications.

“The applications came from 20 prisons and four correctional centres across the country,” he said.

Mr Sophannara said that a prisoner’s behaviour played a major role in the decision-making process.

“If they were well behaved in prison then the provincial committee selected them to be reviewed by the national committee,” he said.

According to the law, prisoners who completed two-thirds of their sentence could qualify for an early release or sentence reduction.

However in 2015, Mr Hun Sen raised the issue of inmates with a history of robbery and drug crimes. He said that the inter-ministerial committee must stop pardoning inmates who committed serious crimes.

Soeng Sen Karuna, a senior member of the human rights group Adhoc, could not be reached for a comment yesterday but he previously urged authorities in the penal system to be transparent and avoid bribery and corruption while avoiding punishments that are cruel and unusual.

“Poor people, land activists, human rights activists and political activists never receive any pardon,” Mr Sen Karuna said. “They should be considered for release because they worked to serve the interests of society rather than inflicting harm to anyone.”

Excavation of Angkor ponds set for after KNY