Following a request by a senior officer of the US State Department to hold another discussion on the draft minimum wage law, a tripartite group consisting of employers, unions and the government met again yesterday to check the law before sending it to relevant ministries.

Last month, Sarah Morgan, an official with the US Office of International Labour Affairs, asked Labour Minister Ith Samheng to have a final discussion on the draft law with all involved parties.

Speaking to officials from the government, unions and the Garment Manufacturers Association in Cambodia, Mam Vannak, secretary of state at the Labour Ministry, said yesterday that the draft law would be very beneficial to workers in all sectors and the nation as well. 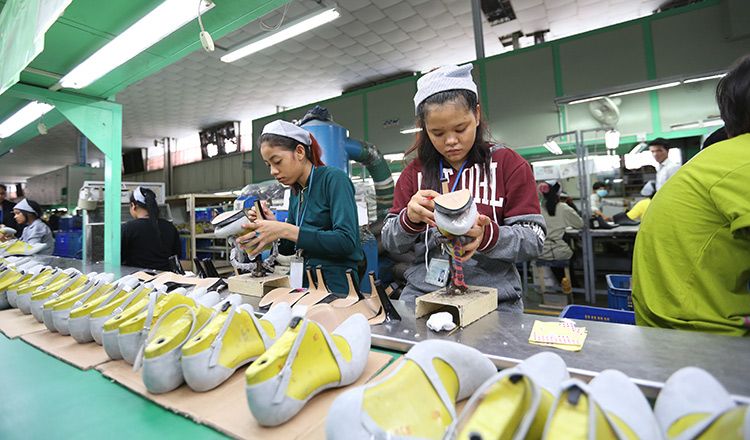 Mr Vannak said this was the sixth time the draft law on minimum wage was discussed and amended by relevant institutions in order to make the law acceptable to everyone when it is approved.

Mr Vannak said that when he joined a meeting with the European Union in Brussels last month, the EU said it wanted Cambodian government officials to not only study the minimum wage for garment and footwear sector workers, but for other sectors as well.

“First, we discussed and studied the minimum wage for only the garment and footwear sector so the other sectors can compare with the garment sector minimum wage,” he said.

“For example, informal sector workers can compare their wages with garment workers’ wages. They can resign from their work and move to the garment sector to get a higher income.”

Mr Vannak said EU officials would visit Cambodia in the near future to work with the labour sector and he welcomed the cooperation.

“I deeply believe that the draft law on minimum wage will be a good law and will be acceptable to all stakeholders after its adoption,” he added.

The draft law, which has 33 articles across six chapters, will benefit workers and the nation as a whole because it intended to promote a decent living, create job opportunities, increase worker productivity, and push for increased investment opportunities. 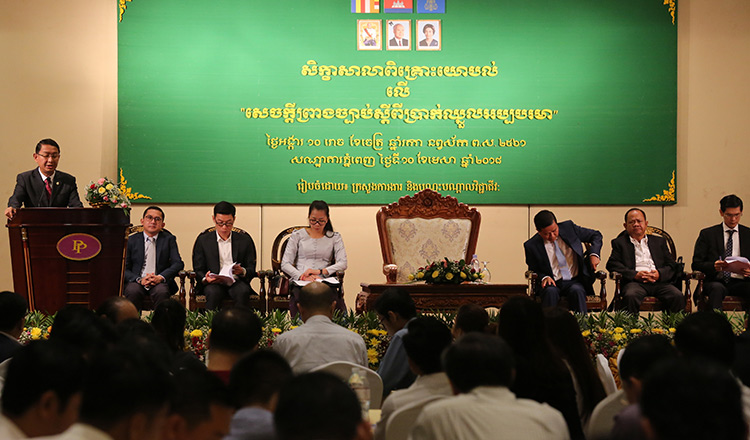 Tun Sophorn, national coordinator for Cambodia of the International Labour Organisation, said yesterday it was important to spend more time discussing the draft law with relevant parties in order to get a good law and ensure that it benefitted workers in all sectors.

“We want to see this law accepted by everyone when it is approved because it involves both the government and private sectors, and especially the workers,” he said.

“It’s good they have spent a lot of time discussing it to ensure all parties clearly understand the meaning of the law and how to implement it.”

Far Saly, president of the National Trade Union Confederation, said yesterday that the Labour Ministry spent a lot of time responding to union officials’ concerns over the draft law and also accepted most of the changes they requested.

“For me, the draft law needs no more amending. I can accept it as it is,” he said.

Mr Samheng said late last month that he would send the draft law to relevant ministries before forwarding it to the National Assembly for approval.

“I hope we can have this law approved before the end of June,” said Mr Samheng. “We do not want it to take any longer because everyone is waiting for it.”

Thousands of forces to be deployed for national poll