The National Election Committee warned that anyone calling for a boycott of the upcoming national election would be punished just two days after former opposition leader Sam Rainsy appealed for such a boycott.

The NEC issued a stern warning yesterday after Mr Rainsy, who lives in exile in France, spoke to Radio Free Asia on Saturday and called on Cambodians to boycott the upcoming election, saying it was not transparent and a joke without the participation of his former party.

“The NEC would like to call on all individuals to stop these illegal acts immediately,” it said.

“The NEC would like to call on all people who have their names on the voter lists, please vote on July 29, 2018, because it is the only chance to elect our leader for the sake of our future.”

Following the dissolution of the CNRP by the Supreme Court in November, some political parties and NGOs who observed past elections seem hesitate to participate in the electoral process and are waiting to see how the situation unfolds. 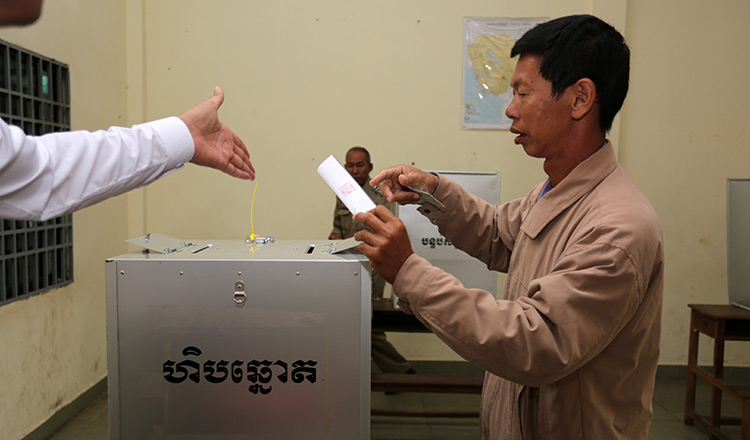 The CNRP was dissolved after its leader Kem Sokha was arrested on treason charges over an alleged attempt to overthrow the government.

Mr Rainsy said the election would be meaningless without the CNRP and just a formality for Prime Minister Hun Sen to stay in power indefinitely.

The NEC yesterday also called on all national and international observers to submit the application forms to observe the election on July 29.

“The NEC would also like all national and international observers to fill-in the forms as soon as possible to take part in observing the sixth parliamentary elections,” it added.

NEC spokesman Dim Sovannarom said that all political parties have equal rights to stand for elections regardless of their size and whether they were the opposition.

“No article in the Election Law states that an election is only deemed legitimate with the participation of the opposition party,” he said.

Article 142 of the Election Law states that anyone caught preventing eligible citizens from voting may be fined between $1,250 and $5,000. 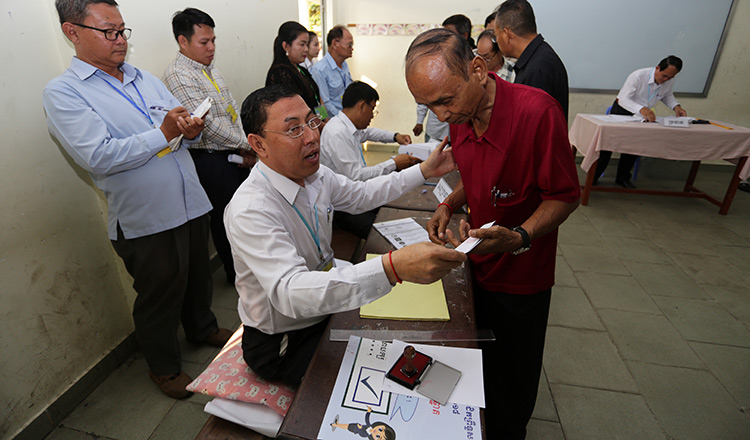 Mam Sonando, president of the Beehive Social Democratic Party, said that Mr Rainsy’s appeal was a great loss to democracy in the Kingdom.

Mr Sonando said that such an appeal for an election boycott was of personal interest rather than for the people in general.

Sam Kuntheamy, executive director of election watchdog NICFEC, said nobody could prevent people from voting, adding it was up to the individual to make that decision.

“I see that citizens only valued the Cambodia National Rescue Party, the biggest opposition party, whose policies and activities made the people believe and vote,” he said.