Speaking at a ceremony at a pagoda in Prey Veng province, Mr Kheng said that Cambodia has grown peaceful and stable while gradually developing.

“All the people who have registered on the voter list, please participate in the national election in late July to continue to strengthen liberal, multi-party democracy and the rule of law in Cambodia,” he said.

Following the dissolution of the CNRP by the Supreme Court in November, some political parties and NGOs who observed past elections, seem hesitate to participate in the process and are waiting to see how the situation unfolds.

Mr Rainsy, who lives in exile in France, spoke to Radio Free Asia on Saturday and called on Cambodians to boycott the upcoming election, saying it was not transparent and a joke without the participation of his former party.

He said the election would be meaningless without the CNRP and just a formality for Prime Minister Hun Sen to stay in power indefinitely. 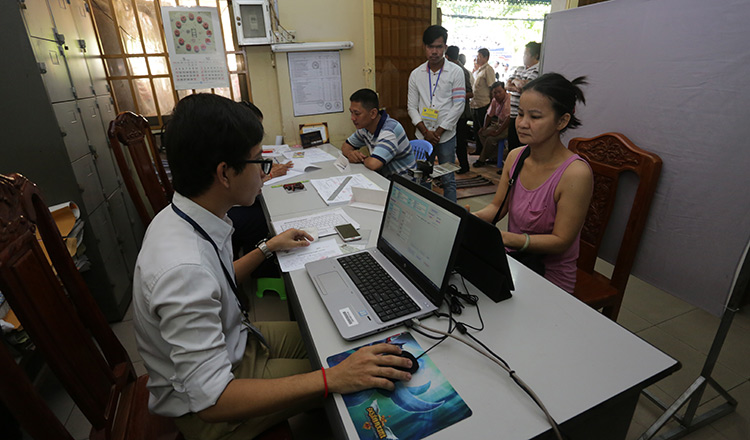 “This case has led Hun Sen to be afraid and he dissolved the CNRP to compete with newly formed small parties,” Mr Rainsy said.

“I call on all my fellow Cambodian compatriots who believe in democracy to boycott the election if the CNRP is not allowed to participate. I also call on national and international observers to refrain from observing an electoral farce with a forgone conclusion.”

Mam Sonando, who recently returned to politics to take the helm of the Beehive Social Democratic Party, said he did not support the call to boycott the election.

“If people have two different opinions and one is willing to give up their rights, it is the loss of the chance to win victory and a great loss to democracy,” he said.

“I think people who used to support the former opposition party should vote for any new party they think is a true democratic party in order to have a voice at the National Assembly.”

Sam Inn, spokesman of the Grassroots Democracy Party, said that his party has prepared candidates and other relevant documents to participation in the election campaign, but the party’s board of directors has not yet decided whether to join.

“We want to see an acceptable election, a process that we trust, with the participation of national and international observers. So, we will continue to evaluate this election situation before we decide whether to join or not,” he said.

“I think Cambodians have enough experience in elections, and they have the knowledge to understand what’s right and wrong. I think the people won’t follow Mr Rainsy’s unfortunate propaganda,” he said.