A former journalist who worked with Radio Free Asia has denied that he was a spy for the United States as accused by his former colleague.

Sok Ratha, a former RFA reporter under the name of Ratha Visal, denied on Friday that he was a US spy as accused by Chun Chanboth, deputy director of RFA’s US-based Khmer Service.

Mr Chanboth, a popular RFA commentator, who is also known as Huot Vuthy, allegedly failed to disclose his profession when he signed into Prey Sar prison to visit detainees with a delegation of opposition CNRP officials in April 2017. He fled the country shortly after to escape a court appearance.

The tit-for-tat accusation emerged after Mr Ratha backed up Prime Minister Hun Sen’s claim that Mr Chanboth was his own spy working for the Cambodian government and had asked military officers to protect him from being assassinated by US agents.

The premier said Mr Chanboth had asked for protection from Lieutenant General Hun Manet, deputy commander of the Royal Cambodian Armed Forces, and Brigade 70 commander Mao Sophann, because he feared US agents would kill him.

Mr Ratha denied the accusation outright, saying that Mr Chanboth was venting his anger at him for revealing the truth of him being a spy for the Cambodian government. 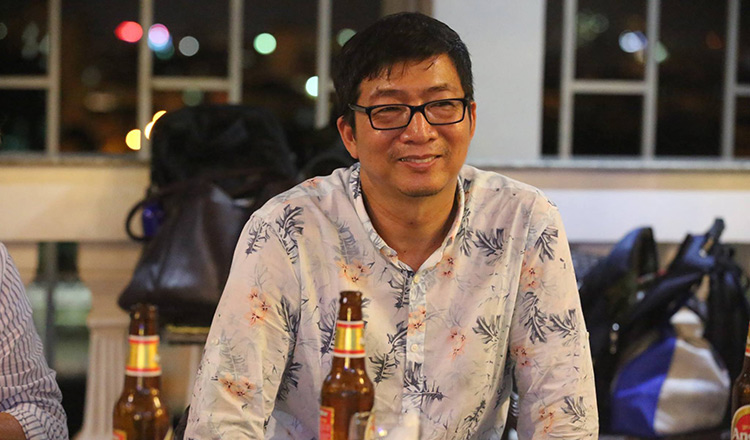 “It is my role as a reporter to report information,” he said. “The accusation that I am spy, it is just his anger.”

Sok Eysan, spokesman for the ruling CPP, said that Mr Chanboth was trying to disassociate himself.

“The truth remains the truth because I have listened to both guys talking,” Mr Eysan said.

Lt Gen Sophann and Chum Sucheat, spokesman for the Defence Ministry, could not be reached for comment.

A spokesman for Washington-based RFA said last week that claims by Mr Hun Sen that a RFA reporter was a spy for the government were “ridiculous” and aimed at further undermining press freedom in the country.

Rohit Mahajan, a spokesman for RFA in Washington, said via email that the claims were ludicrous. “Contrary to fiction, RFA’s Huot Vuthy did not violate company policy in talking to sources in trying to set up an interview with the Prime Minister last year. As with journalists at any credible news organization, RFA’s reporters can freely speak with officials,” he said.