Japan’s Foreign Affairs Minister Taro Kono yesterday officially signed an agreement providing Cambodia with grants and loans totalling more than $90 million despite the international community’s concerns over democratic setbacks due to the dissolution of the opposition CNRP. 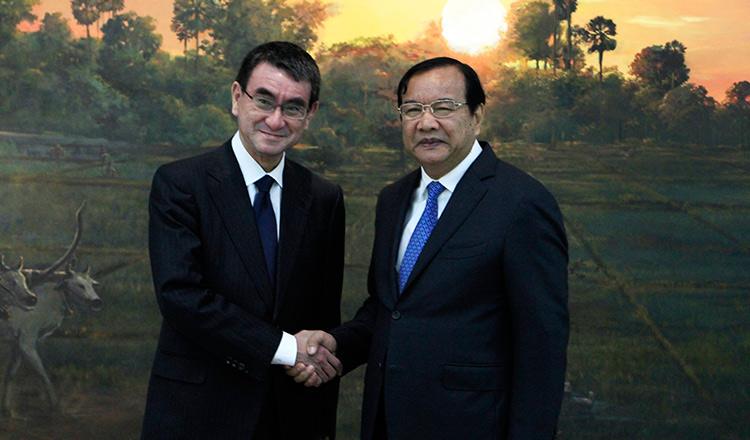 Japan lent the Kingdom $85,985,180 for the Phnom Penh City Transmission and Distribution System Expansion project and granted $4,665,000 for implementation of other economic and social development programmes.

Norio Maruyama, a press officer with Japan’s Foreign Affairs Ministry, said that the $85,985,180 loan has an interest rate of 0.01 percent over 40 years.

“The amount is approximately 9.2 billion yen,” he said. 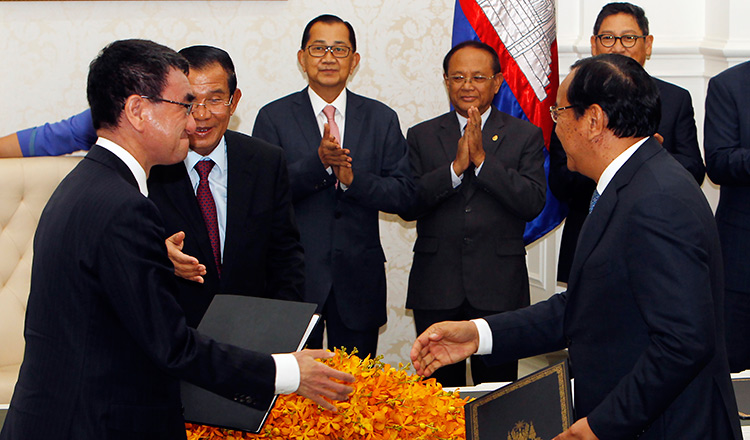 Mr Kono said that Japan’s stance was to keep helping Cambodia reach the goal of becoming a medium-income country by 2030, according to Mr Sounry.

Prime Minister Hun Sen also met with Mr Kono yesterday, and no discussions were held over the dissolution of the CNRP and the arrest of its leader Kem Sokha, who remains behind bars on treason charges, according to Mr Sounry.

Mr Sokha was jailed for treason for allegedly conspiring with the US to topple the government through a colour revolution.

“There is no word that the Japanese minister discussed the political situation in Cambodia,” Mr Sounry said. 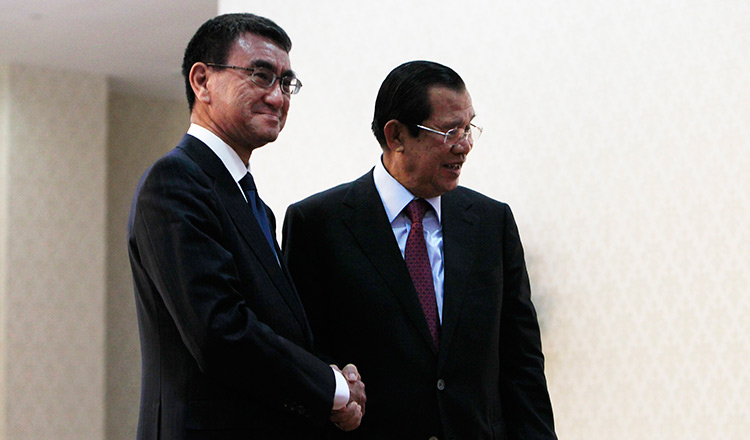 After the CNRP was dissolved last year, reactions from the EU and other countries ensued.

Late last year, the United States and European Union suspended funding for the National Election Committee and in December, the US imposed visa restrictions on government officials deemed to have been undermining democracy.

In February, the EU threatened Cambodia with economic sanctions after the CPP announced it had won every seat in the Senate election.

This year was the 65th anniversary of the establishment of diplomatic relations between the two nations.