Home - Anywhere for a snooze

Anywhere for a snooze

Work is never easy – but it is especially difficult for a person to work efficiently in the absence of a shelter over their head, where they could rest their weary bones after yet another hard day’s work under the unforgiving sun as the mercury begins to rise across Cambodia.

For construction workers, tuk-tuk drivers, street-sweepers, and thousands of desperately unemployed rural Cambodians who were lured to the capital’s streets by the promise of a better living, even the simplest necessity such as a roof over one’s head remains a pipe dream. Among those who are living it rough on the streets of Phnom Penh, King Koils are probably the furthest thing on their minds – for as far as snooze is concerned, an unclaimed stretch of pavement or a tuk-tuk carriage will simply do.

Forget about the quality of sleep and its long term impact on the human psyche – any period of shut-eye that these people can get, is akin to the gift from the gods, to be seized whenever the opportunity presents itself.

With competition among blue-collar workers on the rise as Phnom Penh continues to move on economically, the numbers of Phnom Penh’s homeless napping on the side of the road is expected to remain as a fixture of the city’s streetscape – unless enforcement is ramped up and a more comprehensive and inclusive solution for the urban poor is implemented. Without a systematic approach that addresses the root cause of the problems, these unfortunate souls might have to make do with sleeping between a rock and a hard place – literally, and metaphorically. 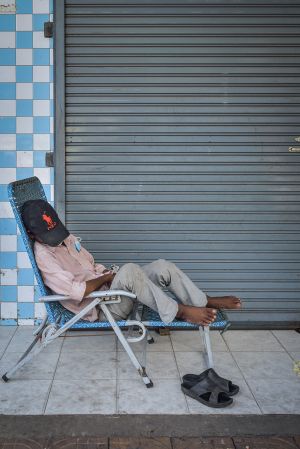 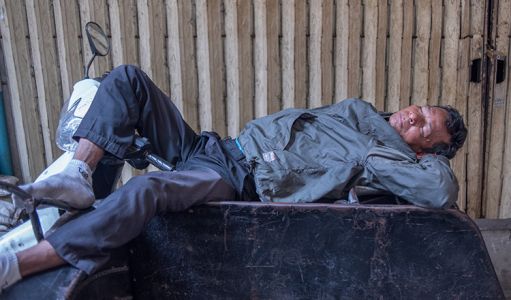 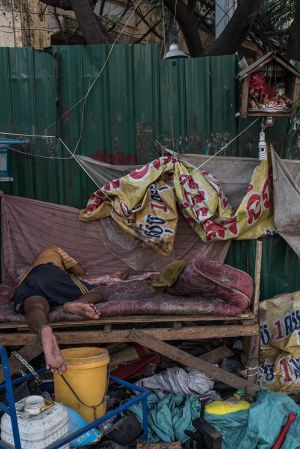 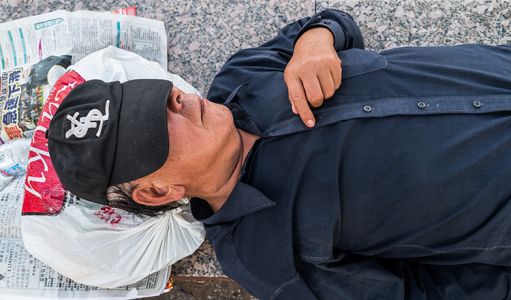 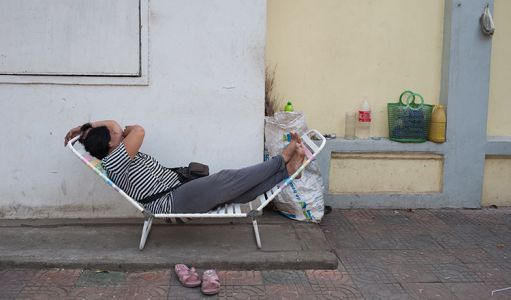 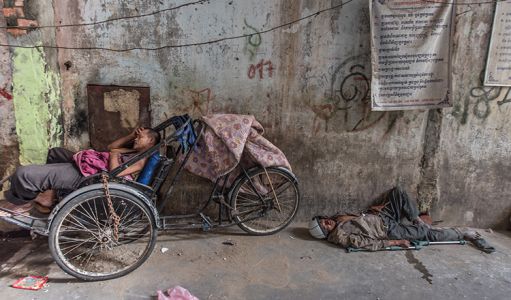 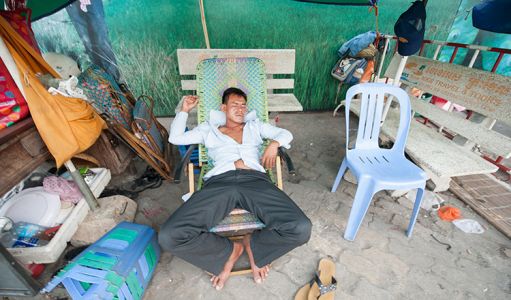 AGEING JAPAN Robots may have role in future of elder care