Aiming to promote the Cambodian identity through the krama, the traditional Khmer scarf, under the theme of “Believe Khmer Can”, GoGo Cambodia recently set up a campaign at Veal Preah Mehru (in front of the National Museum) in order to produce the world’s longest hand-woven scarf. Organisers are aiming for the 1,000-meter-long, red-and-white scarf to set another Guinness World Record for Cambodia.

Dereth Rosaline, leader of the communications team, said the krama is traditionally made from the simplest, sturdiest material and handed down by Cambodians from one generation to another for use in their daily lives.

“It is a symbol of the Khmer, as we always have at least one in the family, whether you live in the city or countryside,” she said.

That was the reason that GoGo Cambodia pitched the idea to create a campaign using the Cambodian scarf, as once people hear about it, they feel they belong to this campaign.

Ms Rosaline added that the campaign has another objective: to engage people from diverse areas to understand more about the krama; otherwise another country might claim that they also have this type of scarf.

“People might think that a hand-woven scarf is really expensive, yet once they come here and understand more about the process, their mindset changes. They start to value it more than they used to,” said Ms Rosaline.

She added the team has put a lot of effort into this campaign. Also, she appreciated the weavers who come from many areas to volunteer their knowledge regarding weaving.

“Even if they are under the heat of the sun and feel tired, I can see their beautiful smile as they are happy to share their knowledge with the young generation and proudly help our campaign.”

Ms Rosaline said there are at least 200 people joining the weaving each day including foreigners. So far, the length of scarf is more than a hundred meters. She strongly believes that Khmer people can and will break the world record.

Coming from Takeo province, Om Mut, 73, one of the weavers teaching people in the campaign, said that she learned weaving when she was 15. When she was young, girls had to stay in the house and take care of family. In particular they had to know how to do weaving. Though she is quite old, she still thinks that it is quite important to share her weaving knowledge as Cambodians still use it.

“I am happy to be here sharing whatever I can, though people might think it is difficult for old people. I have been quite impressed to see people of this generation who want to learn about hand-woven scarfs again, as the art form is about to disappear and is overlooked,” said Ms Mut.

She ultimately said she hopes to see people continue to value krama, which Khmers have been using for a long time. 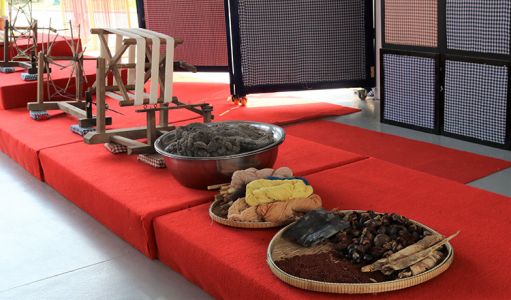 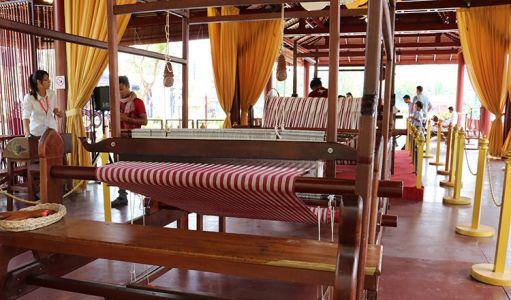 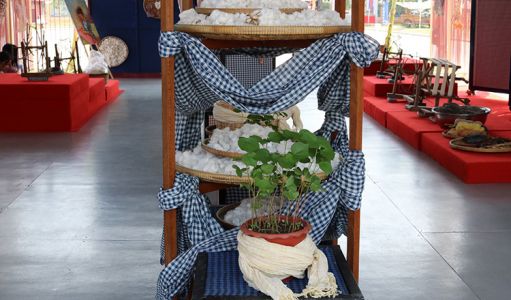 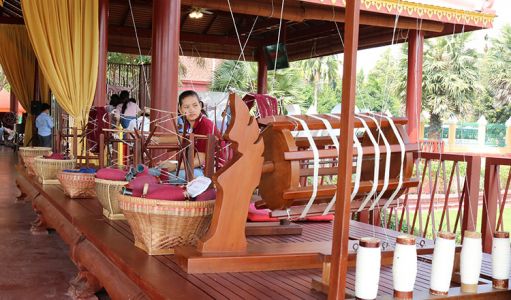 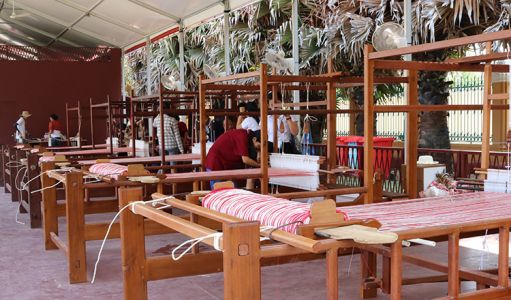 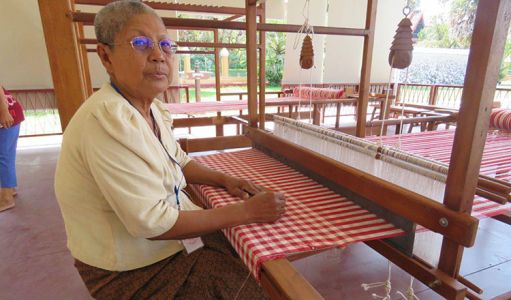 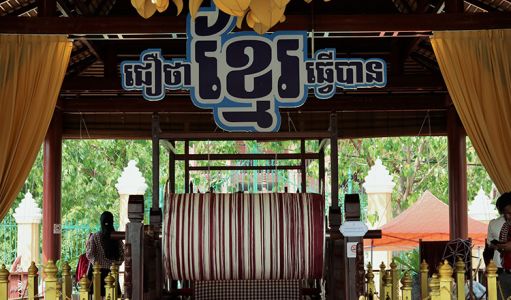