Home - Drawing from tough times on a Thai trawler

Drawing from tough times on a Thai trawler

There are many horror stories about Cambodian and Burmese men being used as slave labour on Thai fishing boats, but few victims ever get the chance to tell their stories to the world.

Now one Cambodian survivor of the Thai fishing industry has written about and also illustrated his ordeal in a book that will soon be released.

“The Dead Eye and The Deep Blue Sea” was put together by Prum Vannak Anan, who spent five years meticulously drawing pencil illustrations depicting the hardships he faced on a Thai fishing trawler.

After travelling to Thailand in search of a good job, Mr Anan fell prey to human traffickers and was held as a slave on a Thai fishing boat for four years, from 2006 to 2009, until he escaped by jumping ship and swimming for his life in waters off Malaysia.

But his ordeal didn’t end there. His rescuers on the Malaysian coast sold him to a plantation, where he was forced into labour for another year before an NGO helped him return to his family in Cambodia.

Mr Anan originally decided to migrate to Thailand because his family was very poor and his wife was due to give birth in two months.

“I didn’t want to go because my wife was due to have our baby in two months, but I really needed money to support my family,” he said.

He took the job but ended up being sold from one boat to another. He was forced to work hard, given little food and treated badly.

“I was mistreated on the boat. There was fighting. We had to work when a storm hit and when we were sick. We even saw human bodies in the fishing net,” he recalled.

“There are many stories in my book. I didn’t think I would survive and come back to my family,” he added. After his return to Cambodia, Mr Anan drew what he remembered to prove and explain his whereabouts during his hellish years as a modern-day slave.

His book is more than 200 pages long and will be published in May this year, with worldwide distribution planned.

Speaking with Khmer Times about the almost five years he spent working on his illustrations, Mr Anan said he drew them on A3-sized paper and produced about 200 to go in the book.

He drew a picture for every page and used the opposite page to tell his story in words, recounting his time on Thai fishing boats and also in Malaysia.

Now he works as an artist, drawing illustrations on a commission basis to support his family, so it took him a long time to complete the book.

“I drew illustrations for almost every page of the book, so I needed a lot of time to finish it. I really wanted to see the book get published so everyone would know my true life story,” he said.

Mr Anan said he was always reminded of what happened to him during his time in Thailand and Malaysia as he drew his pictures.

“I didn’t want to relive my bad experiences, but when I drew them, it would always remind me. It was so scary, but I had to do it because I wanted to share this experience with other people so they know not to migrate abroad, because the risks are not worth it,” he said.

He said he wrote his story in Khmer first. Australian filmmaker Jocelyn Pederick then helped him scan the drawings and translate the book into English.

Ms Pederick also helped Mr Anan structure the book. The book will be published by Seven Stories Press in the US and distributed globally through Random House.

“The book will be published in May in English and we will also be producing a Khmer version of the book,” Ms Pederick said.

In 2012, Former US Foreign Secretary Hillary Clinton gave an award to Mr Anan for his efforts to combat human trafficking and the slave trade on Thai fishing boats.

Mr Anan’s drawings have also been displayed at an event in Washington aimed at highlighting human trafficking.

According to a report from the Ministry of Foreign Affairs, a total of 986 Cambodian workers were repatriated in 2017, among them 288 from Thailand, 171 from Vietnam, 49 from Laos, three from Myanmar, 382 from Malaysia, 23 from Indonesia, five from Singapore, 53 from China and 12 from Japan. The report added that between 1,000 and 1,200 Cambodians were deported each week from Thailand via the Poipet international border in Banteay Meanchey province last year, after Thai authorities arrested them for crossing over or working illegally in the country.

Chou Bun Eng, the chair of the National Committee for Anti-Human Trafficking, said some illegal Cambodian workers suffered in their jobs in Thailand, while the government was working to give them legal status there.

She added that there were a lot of Cambodian, Lao and Myanmar workers in Thailand, while the three countries have been working to find a solution and to protect their migrants.

“The government is trying to establish protection for Cambodians who work in Thailand and is now preparing to make illegal workers legal,” she said.

In January 2018, Human Rights Watch released a report showing that Cambodian migrant fisherman in Thailand were still subject to forced labour despite efforts to clean up the industry.

Dy Thehoya, a programme officer at labour rights group Central, said many people would learn about Mr Anan’s life as a slave on a Thai fishing boat when the book is officially published.

“He is very good at drawing. His pictures are very nice. When the pictures of his life appear in the book, we hope it will provide knowledge to the reader to understand the bad things that happened during his time working on the boats,” Mr Thehoya said.

According to a report by the Ministry of Labour, there are more than one million Cambodians working in Thailand, including 700,000 legal workers and more than 300,000 illegal labourers.

Last year, the Ministry of Labour and Thailand launched a 100-day campaign to provide illegal migrant workers in Thailand with proper documents so they could remain working in the country legally.

More than 200,000 workers have already registered to receive the legal documents. The campaign was created after the Thai government began a crackdown on illegal workers that led to a mass labour exodus. 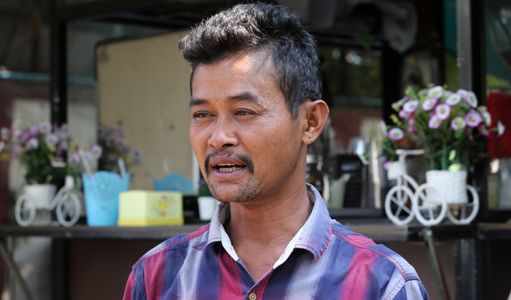 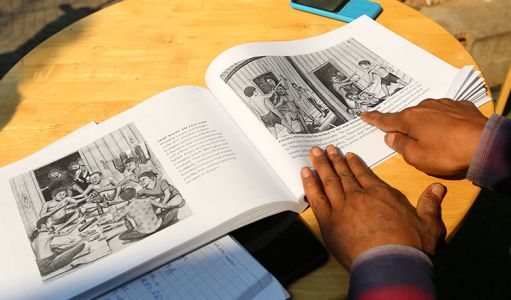 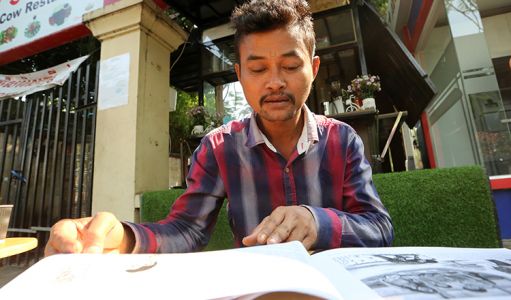 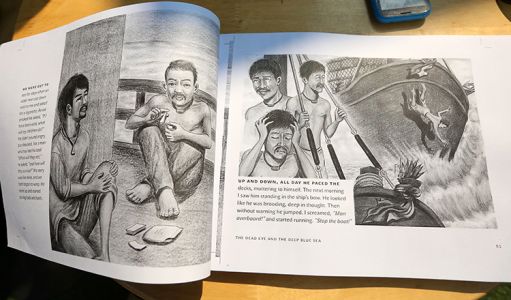 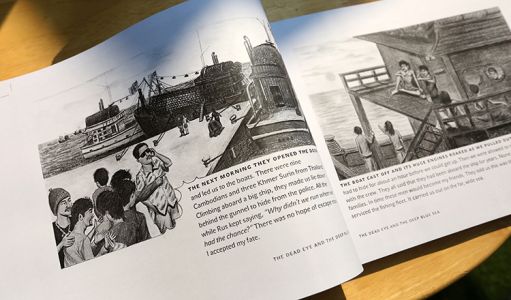 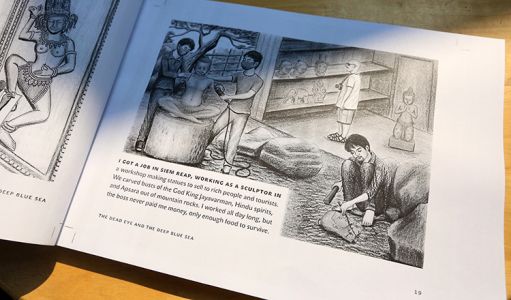 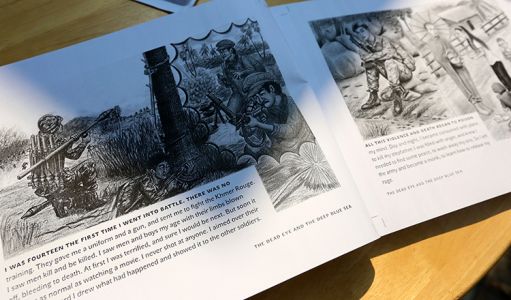